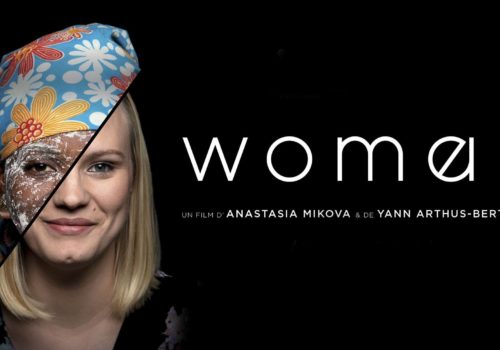 International Women’s Day is celebrated the coming March 8th. For the occasion, directors Anastasia Mikova and Yann Arthus-Bertrand, associated with France Télévisions, reaffirm their support for the cause of women in a documentary soberly entitled Woman.

The film gives a voice to more than 2000 women in 50 countries. The main idea is to bring to light the injustices caused to women all over the world. The film also highlights their power, their resilience, their inner strength. Oppression and violence against women their simple rights, gives the two directors the possibility to question wider subjects like motherhood, education, marriage and financial independence.

“Listening to their stories, but especially seeing their courage, we felt that the time had come to make a film entirely dedicated to women,” said Anastasia Mikova & Yann Arthus-Bertrand. “It was the women themselves who guided us in what was really important. They told us about work, education, emancipation and motherhood. But also very intimate subjects such as their relationship to the body or their first menstruation. They told us funny, surprising, touching, sometimes terrible things. For many of them, the interview resembled more an introspection, even a therapy. They needed to release certain pains that were so ingrained in them that they didn’t think they could talk about them. Yet they did.”

A reality experienced by most of them emerged during the shooting. “What struck us most in making this film was the incredible resilience of the women, their ability to stand up against all odds. As one woman put it so well, it’s ‘in their DNA’.”

Anastasia Mikova is an independent French-Ukrainian journalist and filmmaker. Her documentaries deal with social and international issues, questioning illegal immigration, organ trafficking or surrogate mothers with a humanistic vision. Her first collaboration with the photographer Yann Arthus-Bertrand dates back to the series Vu du ciel, before a four-year collaboration on the film HUMAN. Their latest film Woman is inspired by the structure of this film, through a series of still frame portraits celebrating human diversity while questioning the complexity of daily life around the world.