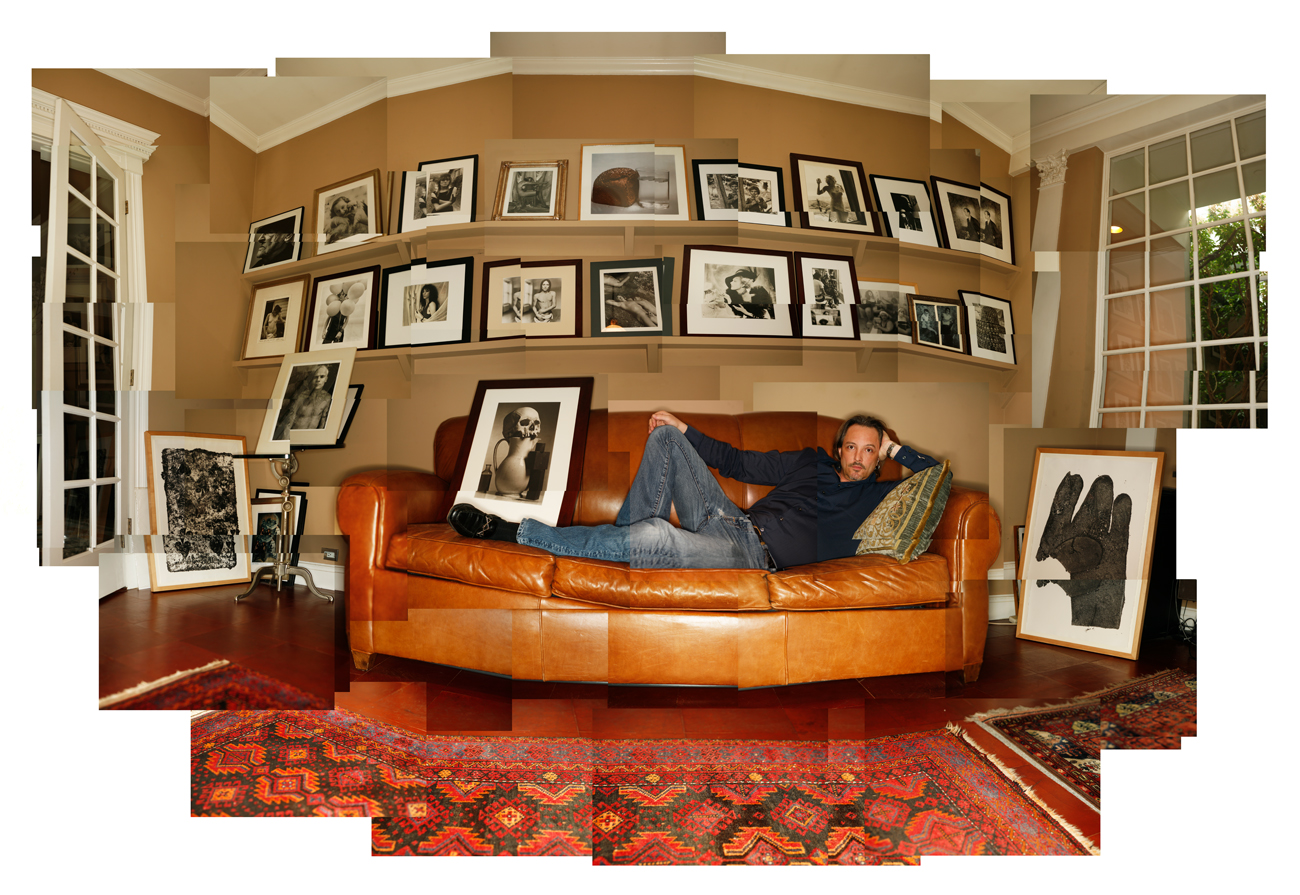 1. How and when did you begin collecting? What was the first photograph you bought?
I started around 1986. But I was not really serious about it then. Mainly I acquired a few photos from friends & business acquaintances. There were a few different ones, but Sante D’Orazio stands out. I was working in a model agency at that point & Sante had done a few projects with some of the models we represented. I think it was about 4 years or so later that I got a bit more serious about it & started buying at charity auctions mostly. I picked up several Irving Penn photos and Avedon photos in that first year.

2. What do you consider your first real success in collecting? Your biggest failure? What is your prize?
Well I guess those first few Penn & Avedon photos were pretty big successes. I paid between $2,000.00 to $4,500.00 for each of them. Now they are probably worth about twenty times that. I still have them, I have never sold a single photo. I don’t think of any of them as failures, since I only buy things that I really like & would want to have in my house. I don’t think there’s one piece that I could choose as “THE prize”.

3. What is your concentration or theme in collecting now, if any?
I don’t seem to have one & never really did have a thought-out strategy or concentration. I’ve always just bought what grabbed my eye. Though I seem to be buying a lot of Gordon Parks images these days for whatever reason.

4. What is your approach? Do you go on instinct? Do you buy from galleries, dealers, auctions, and/or directly from artists?
I really just buy things that I would want to have in my home; usually images that I love or have a personal connection to. I buy at auctions & directly from artists mostly. I don’t specifically avoid galleries & dealers, but I’ve just always been more of a “passive” collector in a way.

5. Is there any other photography collector you especially admire?
I honestly don’t know too many other collectors, or at least rarely talk about collecting with the ones I do know. But Sam Shahid definitely comes to mind. He has some very rare & interesting things in his collection.

6. Is the idea of collecting vintage work important to you?
Yes! Those photographers are not taking any more photographs. Also, the older a photo is, somehow makes it easier to tell how good or important it is.

7. How important is investment potential versus esthetic pleasure in choosing what to buy?
I never really think about investment value. I just always buy what I love. But that being said, it’s still important to think about what the fair price should be. I don’t buy for investment purposes, but it’s always good to know that you have some money hanging on your walls if you ever need it.

8. If there is one picture you would like to buy but haven’t been able to, what would that be?
Since I always go on instinct & have no collecting strategy whatsoever, I’d have to nothing comes to mind.