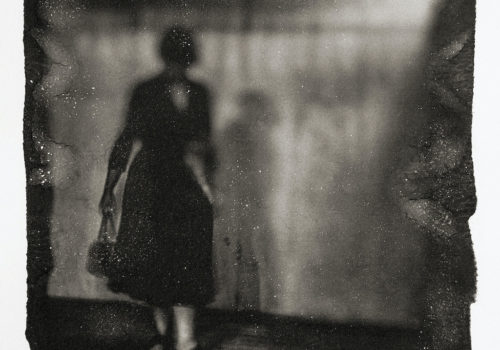 Stone Is Not Stone

This series emerges from a time of inertia and isolation, when days blend together, emotions are muted, and the gulf between a woman and her outer world widens. Long tethered to domesticity and subject to its rituals, she may find herself further quieted and diminished.

The stability of the photograph would seem to lend itself to capturing this sentiment. And yet, when I raise my camera to my subject — to catch her image, or a piece of her, or even just the suggestion of her — I find her in motion despite her air of waiting. In this moment where there appears to be no future, she yearns for another age. And so, she is reminded of the past, inviting its stories to intrude. Or, when faced with the apparently unchanging difficulties of her reality, a small gesture manages to touch her and trigger a growth of feeling. An instant of passion contains an eternity of experience.

The women that I have found here, in the silent isolation of lockdown, are not as inactive as they fear.  They vigorously persist in an in-between space: that liminal overlap where their situation in life meets their dreams and fears. Whether fighting internally for life or for oblivion, they are resilient in their battle. Yearning for change, their desire is an act. To exist from one moment to the next is not to be static; rather, it is the very action of survival.

“Stone Is Not Stone”

There was a time when stone was stone

And a face on the street was a finished face.

Between the Thing, myself and God alone

There was an instant symmetry.

Since you have altered all my world this trinity is twisted:

Stone is not stone

And faces like the fractioned characters in dreams are incomplete

Until in the child’s inchoate face

I recognize your exiled eyes.

The soldier climbs the glaring stair leaving your shadow.

Beneath the starlight bent by you.