Wojtek Wieteska : Paradise 101 : Digital dreams are made of this 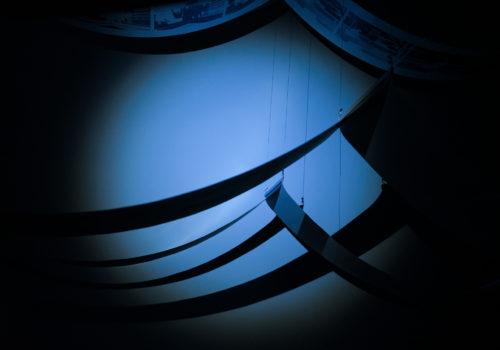 In a year that nothing is what it is supposed to be, deconstructive narratives of Paradise 101 by Wojtek Wieteska give a surreal relief to an overloaded pandemic brain.

Edgar Allan Poe, Jack London, Thomas Mann, Huxley, Philip K. Dick or Tom McCarthy – they have predicted it all. The pandemic(s), the social change that follows, the tension of disorder. On the other side of the World, Japanese masters of words like Bashō Matsuo or Yasunari Kawabata, have been pointing out that nothing is more strange than our own perception of the reality. Same notion – in an almost dangerous summarization – lies in the base of Japanese photography in general. The Japanese word “shashin” which means “photograph” is made up of two ideograms: “sha” meaning “to reproduce” and “shin” which translates as “truth”. Browsing some classical photography books of Daidō Moriyama, Kikuji Kawada or Yasushi Sugino, firmly establishes that the truth is in fact very much subjective and the reality is just a sum of individual points of view.

Paradise 101 lands exactly in the centre of that tradition with a pinch of positive obsession towards digital tools of image making. In total the project consists of 555 photographs composed in a form of large-scale installations. First photograph of the series was made in 1991 on traditional negative and the last one in 2019 with 51 million pixels sensor. What happened in between is literally a history: the last 29 years of photography and its metaphorical end, which according to David Hockney, happened around the first realease of Adobe Photoshop in 2004.

Slowly but firmly, photography broke the connection with its physical surface and the idea of decisive moment. Paradise 101 addresses these issues by questioning traditional ways of photography exhibition: no images are to be framed or hang on the walls (with only one exception). Instead, they are either composed on the stripes like tree trunks or arranged horizontal like the sea waves or displayed as a 360 cm high facades inspired by traditional Japanese folding screens.

The black & white photographs from the 90s are to be discovered by the viewers in the dark using flashlights. The artist shows whole series of frames, even the “unsuccessful” ones. This journey though the artist’s archive bring to mind the famous scene from Federico Fellini’s Roma, where the ancient roman home is found during the construction of metro line only here the images do not disappear in front of the viewer’s eyes.

Second installation made with photographs from 2019 is a set of various narratives all printed in 360 cm high and 130 cm wide formats. Scales and themes are clashing in a suggestive diptychs and triptychs: a close up of someone’s skin becomes a landscape, an arm looks like a lizard, a point of view questions the order of cityscape. Just like on Instagram all themes are equally important and it almost seems that it is a digital paradise with no rules. Close examination of the prints shows something opposite, though: the “noise” of pixels, their plasticity and their lust for attention, which can be achieved only with the help of a physical, photosensitive base. It is like a spatial expression of life of pixels and an occasion to experience them in a limited time frame.

If we created pixels, then what does it says about us? And how our exposure to this new consistency is changing us, our perception and physical vision? Japanese contradictory reality captured by Wojtek Wieteska, releases the tension of the task of untangling such questions.

Photography won’t save the world. But perhaps it will save us?