A selection of rare photobooks by Irène Attinger 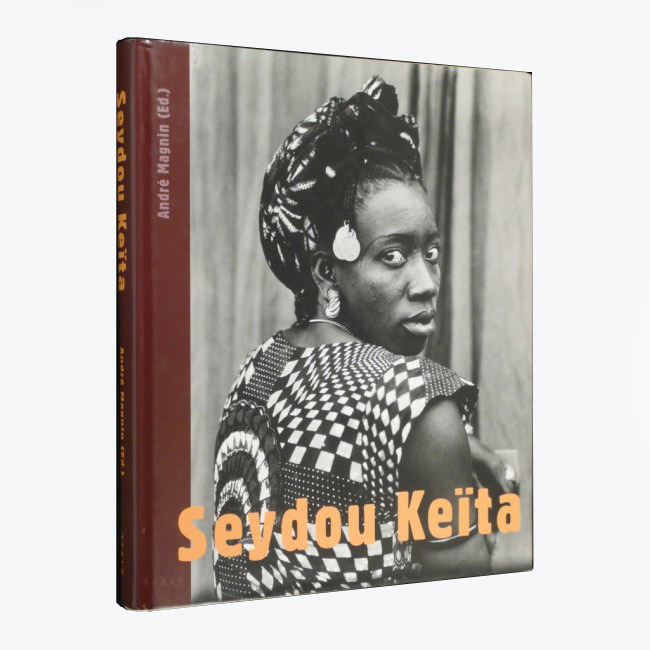 Now available for browsing at the library of the Maison Européenne de la Photographie (MEP): Irene Attinger’s selection of rare, or practically unobtainable, photobooks. Capturing the zeitgeist of their time, each book bears witness to the international memory of photography publishing .

In homage to the Senegalese portrait photographer, Oumar Ly, who passed away on Monday, February 29th, I am featuring his book and those by two other Mali photographers who have inspired him: Seydou Keïta, subject of an exhibition at the Grand Palais opening March 31, and Malick Sidibé.

After beginning his career as a photographer in 1935, Seydou Keïta opened a studio in Bamako, Mali, in 1948, specializing in portrait photography. He worked in black and white, using natural light. Very quickly he enjoyed enormous success. In his studio, people would pose alone, as couples, as a group, with friends, almost always posed by Keita himself

Malick Sidibé was born in 1935 to a Peul family in Soloba, a small village in Mali. Distinguished for his talents in drawing, he was admitted to the School of Sudanese Craftsmen in Bamako, where he graduated in 1955. He cut his teeth in photography as an apprentice to Gérard Guillat, nicknamed “Gégé la Pellicule.” In 1958, he opened Studio Malick in the Bagadadji district in the center of Bamako. Studio Malick became a popular hangout among young people. Malick Sidibé attended all the parties where the youth would discover dances freshly imported from Europe or Cuba, wear Western clothes, and outdo one another in elegance. In 1957, Sidibé was the only reporter in Bamako to cover all the events, celebrations, and surprise parties. On Saturdays, people would party until dawn and continue the next day on the banks of the Niger River. Sidibé’s intimate reports yielded simple, candid images revealing evidence of a bond between the photographer and his subject.

Born in Podor, a village located on banks of the Senegal River, near the border with Mauritania, Oumar Ly entered the world of photography in 1963 when he opened the Thiofy studio.
The administration of the newly independent Senegal hired him to crisscross the bush in the company of a census officer, taking portraits of the citizens, which he would reduce on his enlarger to the size of simple ID photos. Today, there remain only a few thousand of those photographs taken with his Rolleiflex either in his studio or in the bush. Like Malien Malick Sidibé, he immortalized the local populations of his native town and the Senegal River valley in their diversity and their modernity. Next to kaftan-clad nobles, he photographed young pop stars and fashionable girls. Oumar Ly agreed to this publication even though, for him, the only real image is the one that emerged under the light of his enlarger, the one he handed to his client—an image that, since then, has faded in sunlight or grown musty in winter. Images are but reflections of light consumed by time—the right images, simply perfect and free.

Paris Photo 2015 : Award for the book of the year by Irène Attinger

About Books collection by Irène Attinger