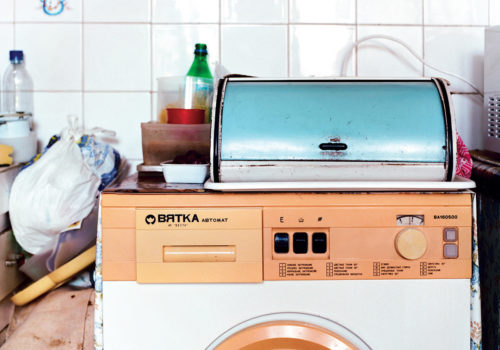 After Warsaw, Kiev, Budapest, and Belgrade, the 5th edition of the Pluridisciplinary Festival Un week-end à l’Est (A Weekend in the East) will take place from November 24 to 29, 2021, with SOFIA the Bulgarian capital this year as guest of honor in about fifteen venues in the 6th arrondissement in Paris. Five days of effervescence for this event which asserts itself year after year as a unique opportunity to understand all the lively creation of the invited capital, through its writers, its thinkers and its artists, while creating a space of ‘exchanges and sharing between East and West.

For this 5th edition dedicated to the Bulgarian capital, around thirty guests and speakers, artists and intellectuals, will be present in fifteen venues in the Latin Quarter for the most part: bookshops, galleries, the Beaux-Arts de Paris, the ” Espace des femmes-Antoinette Fouque, the Odéon-Théâtre de l’Europe, the Christine Cinéma Club … This 5th edition resolutely highlights the visual arts, with an artistic path in several galleries in the 6th arrondissement and several conferences at the Beaux-Arts of Paris, with a special tribute to Christo at the Beaux-Arts de Paris. The sponsor for this edition is Bulgarian animation filmmaker Theodore Ushev.

The partner places where the exhibitions can be found are: the Beaux-Arts de Paris, the Bulgarian Cultural Institute, the Espace des Femmes-Antoinette Fouque, Delpire & Co, the Galerie du Crous, the Galerie Vellutini, the Librairie-Galerie Métamorphoses, the Polish Bookstore, and the Town Hall of the 6th arrondissement. With the support of Galleria Continua and Galerie Michel Rein.

A preview of the exhibitions will take place on Thursday, November 25, 2021 from 6 p.m. to 8 p.m. in these different places. A drink with the artists will be offered at the Delpire & Co Gallery from 7:30 p.m.

The full program of the 2021 Eastern Weekend can be found on the website and in the newsletter upon registration: https://weekendalest.com

The exhibition “The places you called home” brings together two of the photographer’s series: “Kitchens stories from the Balkans” and “Of Time and Memories”. She questions the role of intimate living spaces in our connection to the past, to history, to a memory that is both personal and universal.

Food, more than anything else, connects us to each other in a spirit of communion, of sharing, of humanity. Physiological need, daily and trivial routine, it is also a space for ritual, ceremony, and offering, it is constitutive of our identity, our culture, our H (h) istory.

Thus the culinary traditions of the Balkans bring people together beyond the borders and the conflicts that have torn them apart. Kitchens, bedrooms, “still” lifes, wallpapers, oilcloths… Through the intelligence of the framing, the arrangement of shapes, the harmony of colors… Eugenia Maximova infuses the banal and kitsch, even ugliness, with pictorial beauty that invites contemplation. She manages to extract depth from superficiality, mystery from daily tasks, the sizzling of food in saucepans from silence.

Her compositions, devoid of people, nevertheless seem, thanks to the power of the off-screen, inhabited by a human presence. With a delicate distance, the artist invites us to enter these living spaces, to imagine the daily life of these peoples whose identity, heir to Ottoman and then Bolshevik domination, is yet to be constructed. Eugenia Maximova’s works embody the spirit of the Balkans today, where the stigma of the communist era remains, but also the optimism and resilience of a rich and complex culture.

The peoples of the Balkans live in the shadow of a long succession of wars, conflicts and unresolved ethnic tensions. The energy that should have been used to build the future has only served to fuel these tensions and the result is a depleted present. Young families have to pay exorbitant rents or live tightly packed like sardines with their parents. And most of the apartments are desperately ugly, crumbling concrete blocks from the Communist era.

The term “Balkan”, whether it is used to describe a culture or a geographical area, has a strong connotation of rurality coupled with a consonance with the East. Regardless of the context in which the word is used, it is tinged with socio-cultural connotations and carries the meaning of division and discord.

When I wanted to tell a story about the Balkans, it was the food that came to my mind in that it is the only thing in the whole region that brings people together. After five centuries of Ottoman occupation we all continued to eat the food they brought us.

Reflecting on this shared culinary heritage, I wanted to know what was going on in the kitchens of the Balkans today.

The kitchen is a multifunctional room, a space that reflects identity and self-perception. It embodies the soul of the Balkan house and reflects on the society as a whole. The people of the Balkans would rather spend what little money they have in a cafe rather than on decorating their home. The functional aspect, the resulting unadorned style makes tangible the loss of identity in this region, a legacy of half a millennium under the Ottoman yoke and half a century behind the Iron Curtain.

Of Time And Memory

Memories. Memories blur into dreams. Light brings them to truth. Everything unforgiving. Everything becoming hallow. Loneliness consumes and there is no way back. The places you played, the places you called home, the people you thought you loved, all of them, reduced to a memory of another life. A life you never lived. All the yesterdays that came from tomorrow, all the tomorrows that never came from yesterday. A new beginning because forever is never forever. — Olafur Arnalds

“Of time and memory” is a more personal part of my work. This is my attempt to refresh memories of my childhood and understand how the place where I grew up may have shaped my youth.

Of time and memory is an ongoing project. It is a cultural study of how history defined and determined post-Soviet culture and how this culture defined and determined society. These photographs explore the physical and mental spaces of humans in a climate of disillusionment and lack of confidence, with a focus on the influence of communism on the visual culture of people. With particular interest in the link between totalitarianism and kitsch, especially in the domestic space. In Soviet times, kitsch was the most popular and only affordable form of aesthetics.

Twenty years have passed since the fall of the Soviet Union. For the younger generation of the old member countries, this period of time could seem like an eternity. But the totalitarian regime dictated the lives of the people for a very long time and left a stigma on all aspects of their being. It changed their culture, their perceptions, their mentality and even their memories. A new form of existence has emerged. Today, the traces and consequences of that time are still alive.

And as always happens in life, time heals all wounds. Gradually the hardest memories are fading. Forms and figures disappear to be replaced by new patterns and elements of modern life.

—-Eugenia Maximova is a Bulgarian-Austrian photographer and visual artist based in Vienna. She graduated in Journalism and Communication from the University of Vienna. Her journalistic background guides many of her artistic projects. Whether in her portraits, her urban landscapes or her series of still lifes, there is always a socio-political angle that her photographs address and seek to question. Working primarily with a medium format analog camera and in vibrant colors, Eugenia Maximova sets out to explore the interconnections between political realities and people’s private lives, how identity is formed in different cultural contexts and the close ties. between personal objects and their owners.