The Book Column : Working Men Have No Country 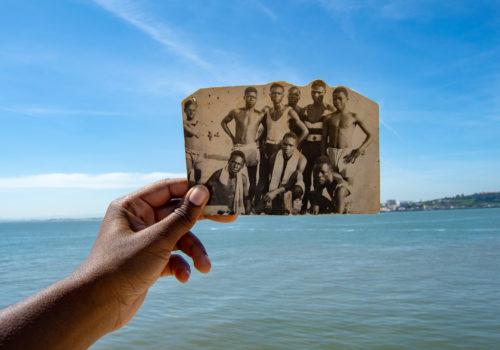 For L’Œil de la Photographie, photographic books are as important as an exhibition or a portfolio. They make the history and the actuality of the medium. Our correspondent Zoé Isle de Beauchaine has a tirelessly curious and knowledgeable look at the latest releases.

The great narratives often confine migratory stories to Western territories. With Working Men Have No Country, published by Essarter, four writers and photographers have attempted to trace an alternative history, that of the African diasporas and students from Africa to the countries of the Soviet Union.

The result of two years of research and exchange between the artist, writer and teacher Krasimira Butseva, the artist Sofia Yala Rodrigues and the photographers Ziad Naitaddi and Guillaume Chauvin, this book allows us to begin a reflection on education, propaganda and racism steeped into the prism of post-colonialist thought. The project is also an opportunity to explore the potential of photography and literature to challenge “certain imperialist principles still applied and disguised as constitutive elements of democracy.

Working Men Have No Country is a book with an original format. As an introduction, the summary of the research carried out by the different actors of the project is inserted in tables, just like the working tool used during this incubation period. The section texts are printed on smaller sheets, allowing a fluid dialogue between text and image. The photographs of each project follow one another in a dynamic layout, always inspired by the tables of this work tool. The object evokes an eight handed logbook.

Krasimira Butseva begins by tracing, in an enlightening essay, the history of two great waves of migration to the USSR: that of the Afro-American, Caribbean and Jamaican diasporas in the 1920s, seeking to escape segregation, and then that of African students during the wave of opening of the country led by Nikita Khrushchev. She concludes this research with a cross analysis of the consequences of the fall of the USSR on the one hand and colonialism on the other.

Sofia Yala Rodrigues creates digital collages that, based on her family history, evoke the impact of the history of diasporas on individual identities and attempts to open a community dialogue around this common past. Ziad Naitaddi focuses on the story of Mo Lamouissi, a Moroccan who emigrated to Moscow in 1960 to study cinema, which he also crosses with his own story, interspersing photographs of their respective pasts. Because of the pandemic, the project could only be built on these exchanges of images by computer, raising the question of the role of the virtual in our relationship to collective and individual memory.

Guillaume Chauvin concludes this collection of projects by comparing the stories of two young people, Esther, a Nigerian student and model emigrating to Russia, and Alpha, a Guinean soldier living in Ukraine. Again, the pandemic being an obstacle to the project, their story gradually takes shape, by interposed messages. Only once does he manage to get them online, the opportunity to “shoot them online”. We see their faces and bits of their environment through some pixelated images.

Mixing text and image with originality while skilfully crossing historical analysis and contemporary testimonies to highlight a little-known part of the vast history of migrations, Working Men Have No Country distinguishes itself as much by its subject as by its form.