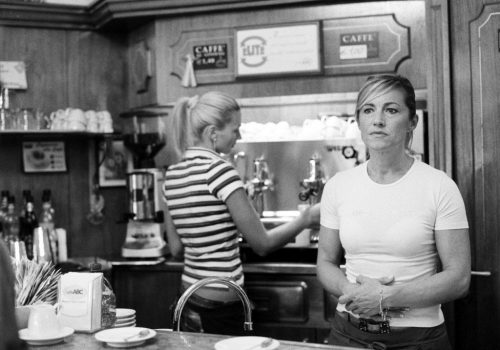 Two newly opened festivals and a just ended one: they are the ColornoPhotoLife, the Biennale Donna in Ferrara and the Sì Fest in Savignano sul Rubicone (one of the oldest events of this kind in Italy). They are also a pitch for a slow journey in Emilia Romagna, one of the Italian regions most suited to photography and visual culture. A region that, as L’Oeil already pointed out, can be defined as Photo Valley. Indeed this is Episode Two.

The 29th Sì Fest just ended: in this odd period it reinvented itself, regaining its original nature as it was born in 1992 as a Portfolio in piazza – Incontri di fotografi e di fotografia. So this year the town squares and streets have been hosting 12 exhibitions since late summer and many events both in presence, offering tangible images to visitors, and online. This year main issue was “Ideas”: ideas about photography and our world, ideas to be shared to reconnect past and future. Among the exhibitions: IDE – Reconstruction of Identities – the acronym for Identity-Dialogues-Europe – that linked Savignano with Amsterdam, Copenhagen and Zaragoza while “​​reconstructing” their communities identities, thanks to photography and “talking icons” too, like Falcone and Borsellino by Tony Gentile or Mishima by Hosoe. Archives and photographic surveys, commissioned over the decades to most known photographers, have been rediscovered, as well.

The festival ColornoPhotoLife, at its 11th edition, is on at the Reggia di Colorno as part of the events of Parma – Italian Capital of Culture 2020 + 21. On show, also artworks by photographers such as Franco Fontana with his images of Route 66 and Michael Kenna with an unpublished project dedicated to the Po, the longest river in Italy. Route 66 crosses the US from Chicago to Los Angeles: 2,248 miles through eight States. Inaugurated in 1926 and totally abandoned in 1984, it embodies the spirit of the deepest America: it was immortalized by photographers such as Dorothea Lange, Walker Evans and Wim Wenders. A project, curated by the Centro Archivio e Comunicazione of the University of Parma, pays homage to Franco Vimercati, 19 years after his death. On stage his images, that account for a crucial phase of both Italian and his own photography, the junction, in 1973, between the lyricism of Langhe and conceptual reflections on repetition, a new idea of ​​photography that became linguistic research.

Still in Emilia Romagna, at the Palazzina Marfisa d’Este in Ferrara, Attraversare l’immagine. Donne e fotografia tra gli anni ‘50 e gli anni ’80 (Crossing the image. Women and photography between the 50s and the 80s) shows the works by 13 photographers: Paola Agosti, Diane Arbus, Letizia Battaglia, Giovanna Borgese, Lisetta Carmi, Carla Cerati, Françoise Demulder, Mari Mahr, Lori Sammartino, Chiara Samugheo , Leena Saraste, Francesca Woodman and Petra Wunderlich. The project, held within the XVIII Biennale Donna and curated by Angela Madesani, is part of the reflection that UDI (Union of Women in Italy), has been dedicating to female creativity since 1984. The photographs selection opens with anthropological research from the late ‘50s to the ‘60s and the first struggles for a radical change in culture and society, for the achievement of individual freedoms. It goes through the 70s and 80s when the great battles for civil rights flowed into a more individual feeling. The exhibition opens with works by Diane Arbus and also includes images from Morire di classe on the asylum situation in Italy, by Carla Cerati, published in 1969 with Gianni Berengo Gardin. A section is dedicated to photojournalism, with war reports by Françoise Demulder, the first woman who won the World Press Photo in 1977.