SF Camerawork : Marna Clarke : Time As We Know It 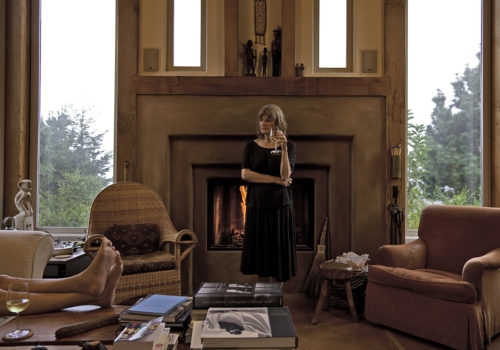 28 photographs from Bay-Area artist Marna Clarke’s series, Time As We Know It will be shown in an online exhibit on the SF Camerawork website from March 1 to May 31, 2022.

Comprised of raw and touching self-portraits and photographs of Clarke’s partner Igor, photographed over 10 years in and around their home, Clarke’s body of work, Time As We Know It, charts the figural transformation of the aging body, while also documenting the tender relationship between partners who met and fell in love late in life. The photographs Clarke makes are tough, beautiful, and infinitely humanizing. Olivia Lahs-Gonzales, Executive Director of SF Camerawork, says of the work “They present us with a view into a very private realm that shows us the strengths and frailties of the human body and the human capacity and necessity for empathy and connection.”

In a time when society seems to prioritize youth and physical beauty and secretly manifests ageism in the job market, older adults are often rendered invisible. Yet, today, there are more than 46 million people who are 65 and older living in the U.S., a number that will grow to almost 90 million by 2050. Marna Clarke’s brave and revealing series, Time as we Know It, which she began around the time of her 70th birthday in 2010, confront the inevitability of decline and death, using photography to preserve moments in life’s timeline. Particularly poignant are Changing a Lightbulb, 2019, a photograph of Clarke being supported by her partner Igor as she changes a bulb in the ceiling, and Intimate Moment, which captures the two in a gentle passing interchange in their bedroom. Images like Squats, 2021, a nude of her partner exercising by a stair rail, are tough and generous collaborations that would not have been possible without her partner’s openness to making such vulnerable moments public.

Interspersed are beautiful moments suffused in golden afternoon light like 90th Birthday, 2019, a photograph of the back of her partner’s head, his white thinning hair highlighted by sunlight, and objects that are meaningful markers of presence, like Blue Shirt, 2014. Clarke also tracks the decline of her own body in this series. Early works depict her in beautiful middle age, nude from the back with only subtle hints of aging visible, or in her living room holding a glass of wine with strong self-confidence. In later photographs, like Post-Cataract Surgery, 2021, Clarke shares the more dramatic changes to her body. She sees the work as a way to deal with the inevitability of death by “…bringing attention to it and accepting it. I have come to embrace them as a tribute not just to our lives,” she writes in her artist statement, “but also to the demanding and courageous task of growing old gracefully, graciously, and aware.”

About the artist :
Raised in Baton Rouge, Louisiana, Marna Clarke has pursued photography throughout her life with several pauses along the way. She attended college in North Carolina, worked for IBM in Washington D.C, married, had two sons, divorced, and stopped making pictures. In 1996, Clarke moved to Marin County north of San Francisco and five years later met an older man–her now partner Igor– who encouraged her to return to her practice. Since then, Clarke has received much recognition for her work, which has been included in group and one-person exhibitions, including a solo exhibit of Time As We Know It at Gallery Route One, Point Reyes, California (2019), and group shows at the Gray Loft Gallery, Oakland (2018-2021), and the DeYoung Museum Open Exhibition (2020). In 2021, she was awarded the grand prize at the 2021 Kaunas (Lithuania) International Photo Festival, and her Time As We Know It series placed her in the top 50 in Photolucida’s 2021 competition.

About SF Camerawork :
Founded in 1974, SF Camerawork’s mission is to encourage and support emerging artists to explore new directions and ideas in the photographic arts. Through exhibitions, publications, and educational programs, SF Camerawork strives to create an engaging platform for artistic exploration as well as community involvement and inquiry.

Clarke has published a book of 40 photographs from the series, which can be ordered at :
http://www.marnaclarke.com/book