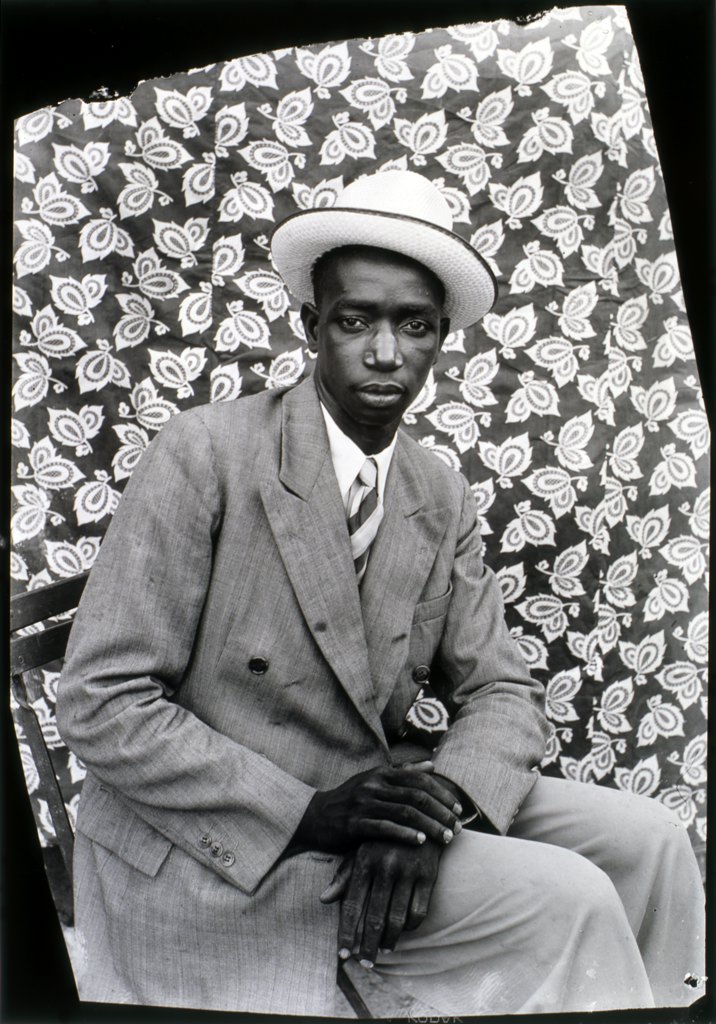 « Their head slightly turned, a serious face, the position of the hands… I was capable of making someone look really good. The photos were always very good. That’s why I always say that it’s a real art. »
– Seydou Keïta

Most of the photographs taken by Keïta in his Bamako studio between 1948 – when the studio opened – and 1962 – when it closed down for good – remained virtually unknown other than by the photographer’s immediate circle or by the subjects and their friends and family. It was only from 1993 onwards, when the images were enlarged, that the art world discovered who Keïta was, the things that he witnessed and the circumstances in which he worked. As it happens, it was mainly the studio images that made him famous. The pictures of the couples that hung out in Bamako’s emerging nightclub scene (a scene that Malick Sidibé, fellow photographer and later friend of Keïta, also focused heavily on) are less well-known (although they feature in Scalo’s monograph devoted the artist produced in 1997 – in other words, during the Keïta’s lifetime) and very often excluded from catalogues of his work.

For anyone who might be tempted to disparage the fact that Keïta’s negatives were only enlarged very late on, in a move to supply the art market, it is worth recalling that at the time that the images were made, Keïta had no way of producing large formats (when the French left Mali, they took away all the photographic equipment that they had brought with them) and that demand would never have covered the cost of creating limited editions. In fact, the photography market as we know it today only really took off ten or so years after the closure of Keïta’s studio. Before that, there was no outlet for photographs of Africa taken by Africans; indeed, Europeans and Americans had no concern with the existence of ‘African photography’. Keïta himself was only familiar with his photographs in the form of the contact prints that he made from the negatives. In other words, it was only when other people came to ‘discover’ Keïta that Keïta himself was able to see his work in a new light and discover himself as an artist.