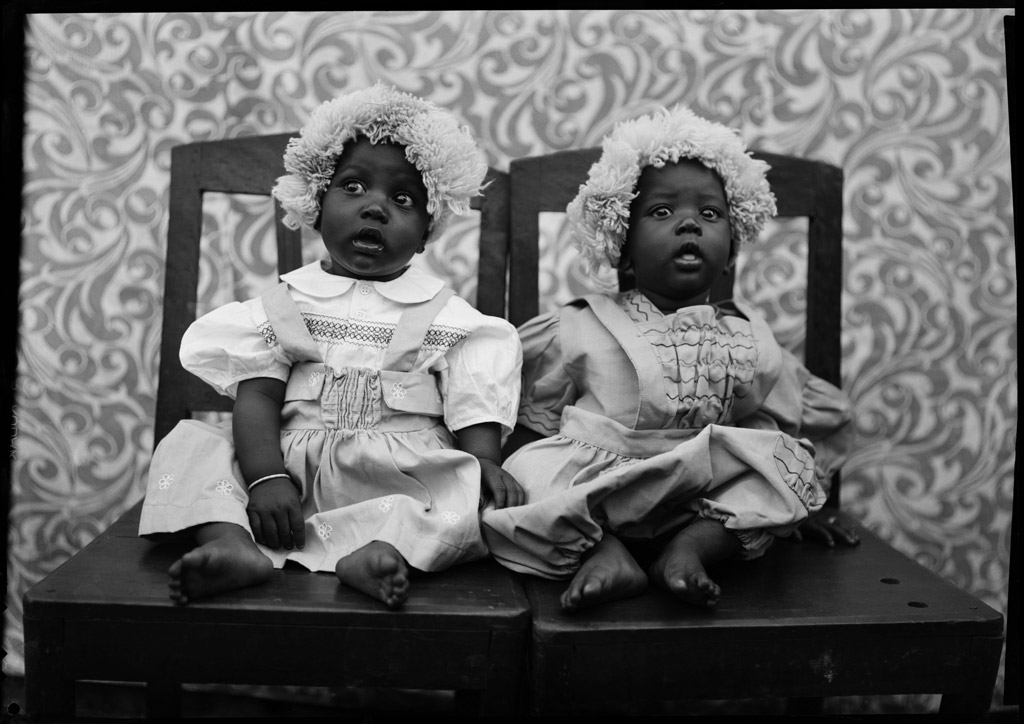 “I responded as precisely as possible to the client’s wishes. (…) Taking a photo is easy, but what really made the difference was that I knew how to find the best position, I was never wrong.”
– Seydou Keïta

Towards post-colonial modernity with Seydou Keïta.

Seydou Keïta is without doubt one of the greatest African photographers of the last century whose work, when it is analysed, is marked from the start by signifiers of the colonial context of his birth and in which he produced almost all of his photographic work. […]

The history of the European colonisation of West Africa is inseparable from the spread of photography, concomitant in the same time frame and the same geographic zone. It had been one of the essential tools since 1839-1840 with the arrival of the first daguerreotypists and the production of the first negatives by Horace Vernet. […]

The studios and the itinerant photographers would offer conventional photographic portraits, in which the composition was centred, adorned with accessories and where the subject, standing or seated, is facing the camera in a space to which the portable background gives a real depth. […]

Commercial photography, studio-based or on location, devoted to the social representation of its “clients”, was complemented by a photography that served the colonial adventure in its business of exploration, classification and exploitation of its territories, natural resources and populations that it intended to administer. […]

Photography’s active rôle in the colonial conquest consequently led to the construction of stereotypical codes for the representation of the African man and his environment that were spread far and wide through a multitude of picture postcards whose golden age ended with the First World War. The most important of these ethnographic photographers, François-Edmond Fortier, produced seven thousand five hundred negatives that documented French West Africa from 1900 to 1925, mainly landscapes and events, with, however, some portraits that conformed to the aesthetic of the studio portrait.

At the start of the First World War, the representation of the black African by the western photographer was codified in the visual and artistic outlines that constituted it and the presuppositions and uses that were at the start of its development.

The photography of Seydou Keïta marks the end of the colonial period with its codes of representation and opens a new era of African photography that, while drawing on its roots and delving into its history, affirms its modernity. […]