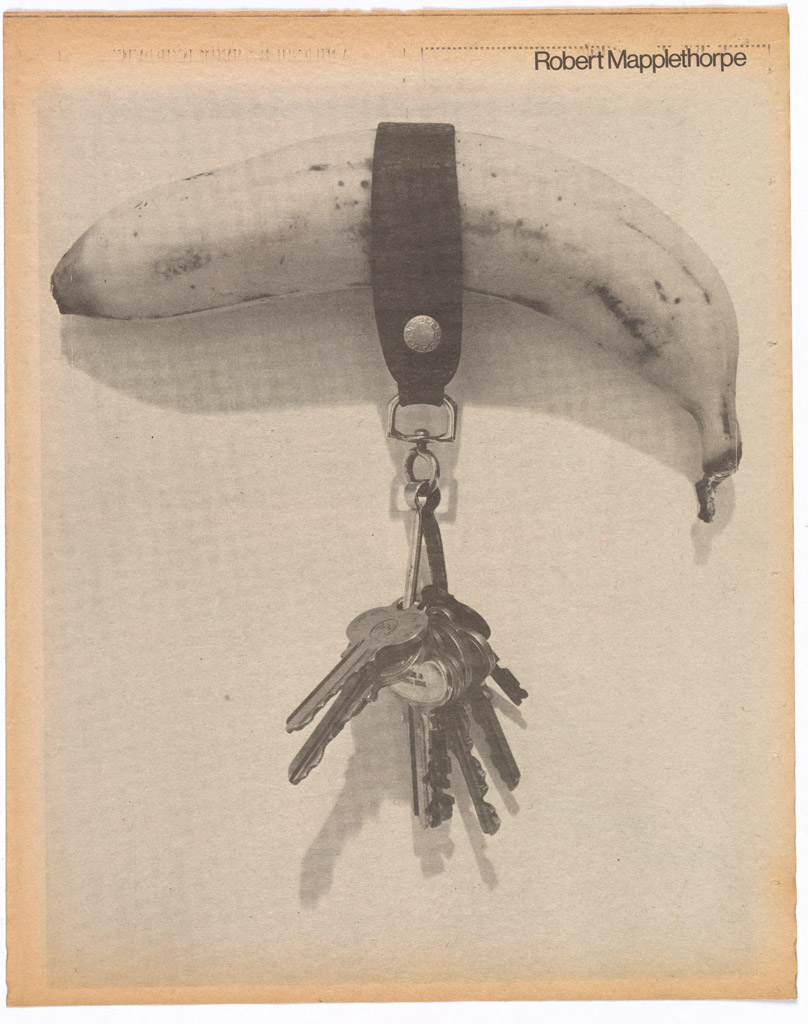 This book has an amazingly more intimate feel than its twin publication, The Photographs, despite the intensity of Mapplethorpe’s images featured in the book . This is thanks to the discovery of the different artworks, books, and images which inspired the photographer, of private sketches, tests, and documents that he either produced himself or collected over the course of his brief but prolific career, as well as thanks to over 200 pages of fascinating texts which retrace his life. Words and illustrations interweave throughout the book, plunging us headlong into Robert Mapplethorpe’s universe.

This impression of intimacy is evident from the opening pages, with the essay by singer Patti Smith, the artist’s partner, friend, and soul mate. She talks about their youth and closes with a legal pad sheet on which Mapplethorpe penned some touching lines on the importance of their encounter and which Patti Smith calls the piece of archive most precious to her. Robert’s letter is headed “4th year College / Summer of Love.”

Dense and exhaustive, the book is divided into nine chapters which explore the origins of Mapplethorpe’s work, its emotional impact, imaginativeness, and the progressive stages of its development. The chapters follow the periods in the artist’s life, from Pratt Institute in New York, where he took classes, to the Chelsea Hotel, where he resided,  to the periods devoted to fashion and those he spent as a “bad boy with a camera,” in the company of Sam Wagstaff, his lover and one of his greatest influences.

Towards the end of the book, we also find some  correspondence, with June Newton and Lisa Lyon, administrative and financial documents, and fragments of interviews with the artist. This collection of artifacts compiled in view of narrating one of the most singular stories in photography culminates with the words of Mapplethorpe: “I have no secrets.”

Opening of ‘The Perfect Medium’ by Robert Mapplethorpe

Special Books : Wagstaff, before and after Mapplethorpe