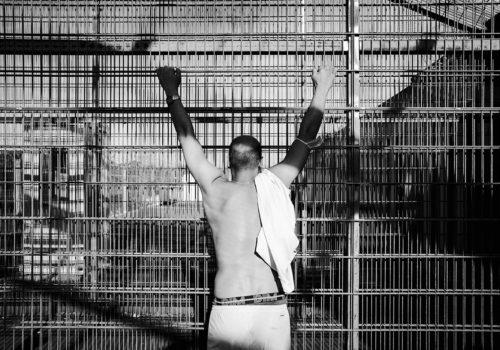 In a remote area of ​​the Bois de Vincennes, hidden behind the Regional Police Training Center, two large buildings surrounded by fences and barbed wire face each other: the Administrative Detention Center (Cra) of Vincennes opened its doors in 1995, to respond to policies for the removal of foreigners in an irregular situation on French territory.

In recent years, an average of around 200 men have been held in Buildings 2A and 2B, which are run by the police. These men are all undocumented or in an irregular residence situation. They have lived in France sometimes for 40 years and some have started a family, found a permanent job and educated their French-born children in schools in France.

In the Cra de Vincennes, these people are normally locked up for a maximum of 45 days before being sent back to their country of origin. Some also see their stay in Cra extended if the host country refuses their return to their original country.

Many suicide attempts have been counted in the center. Tahir, a 29-year-old Moroccan, has mutilation scars on his arms. At the beginning of August 2022, he again tried to end his life in the face of the injustice of his detention. Several detainees also testify to the negligence to their injuries, which are generally not taken seriously and not treated.

With boredom as their only companion, the detainees suffer from great distress. No activities, lessons or walks are offered to them, the men being forced to wander in their small shared room, with toilet paper stuck on the windows as curtains. Their only authorized exit is the outer courtyard, a huge wire cage, with a foam ball as their only distraction. Apart from authorized visits by families in a prefabricated building used as a visiting room, no public is authorized to enter the place. Moreover, the unsanitary living conditions of the center cause significant discomfort among the detainees. Some say that they would even have preferred to be incarcerated in prison, where “at least they would be treated like humans and not like animals”.
Pauline Gauer