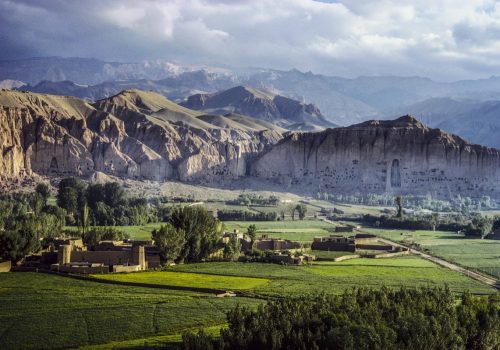 You have very early privileged color and colorful subjects. Is it an aesthetic choice or an imperative dictated by the press that employs you?

Color is for me an obvious choice, I see in color, the color moves me and touches me. At first I am fascinated by painting, Matisse, Modigliani, Manet, Van Gogh and Gauguin. There are also masters in photography, Ernst Haas, Bruno Barbey, Harry Gruyaert, Alex Webb, Gregory Pinkhassov, but the photographer who, in my opinion, is the most successful in color remains William Albert Allard, who is at the same time a humanist and his depth touches me.

Do your loyalty to some of the world regions and the one you have with major titles like Geo or National Geographic count in your way of working? In other words, what are the magazines expecting from the specialist of Africa or Afghanistan that you are?

From a specialist in regions of the world that are complicated to work like Africa or Afghanistan, newsrooms expect experience, know-how, knowledge of the field, contacts that are the keys to all reports. The advantage of knowing people on the spot is that you are upstream of things. Alone, one only reach the door. When we know, we start to be totally involved in what we do in terms of reporting. The disadvantage is that the freshness may disappear, after a while we can not see anything, we must know how to change territory, it is also a question of honesty vis-à-vis the press you work for. (…)

A painting by Maître

A few years after an exhibition in Istanbul, a journalist from Géo Magazine told me about a photographer who would come to Africa to follow me in my daily life in Porto-Novo where I live and work. This is how I heard about Pascal Maitre for the first time.

Appointment was therefore made in Benin.

In his company, I received one of the best photography lessons. I understood that it’s not the technique that counts, it’s the will to tell a story, it’s the point of view, it’s the commitment, that make the photo a work and also a proof.

When I look at Pascal’s images, I understand that it’s his secret. He does not take pictures, he looks at Africa and Africans face to face. Not Africa, by the way,  Africas.

That of wars, of course, unfortunately.

He goes to conflict zones because he is concerned about what is going on here, despite the dangers and the risk he is taking. But he does not photograph war, he photographs a continent at war. And finding innocence, beauty, humanity in what is most cruel, ugly and inhuman, he denounces with even greater force our mistakes and our madness. (…)