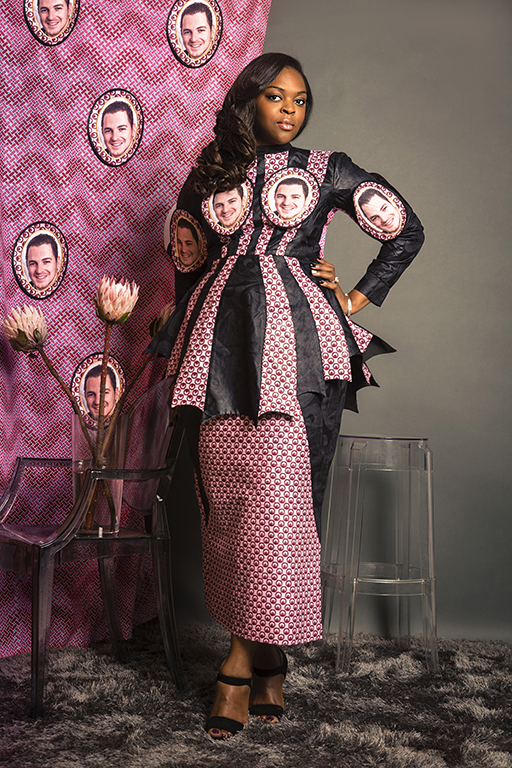 Several exhibitions produced by companies are exhibited in the Grand Palais in partnership with Paris Photo. Here, Senegalese photographer Omar Victor Diop portrays 17 Pernod Ricard employees for the Group’s 41st Artistic Campaign. Africa is the “new frontier” for Pernod Ricard, which opened six direct affiliates on the continent in the last five years. Therefore, it is only natural that the Group gave “carte blanche” to Senegalese artist Omar Victor Diop. As a renowned photographer whose style is rooted in the continent where he grew up, Diop was able to capture the relationship between employees of the African affiliates and their colleagues worldwide. He incorporated them into costumes especially created by the Senegalese designer Selly Raby Kane in the shape of medallion portraits that often appear in African stylistic compositions. Pride of belonging, joy of being together, and audacity of the experience, are the words if not the “Mindset” that characterized this new artistic experience presented by Pernod Ricard and driven by its ambassadors: its employees.

Who are you Omar?

I’m a photographer, I’m 35 and I specialize in portraits and self-portraits. I fell into photography without ever going to art school . I worked in the private sector for several multinationals both in Senegal and in Africa. I started taking photographs in 2011, partly to fill my Sundays. I invited anyone who wanted to come to what was the maddest photo session possible in my studio. To my great surprise, my first real series, called “le futur d’Hugo” (Hugo’s future), was chosen at the Bamako Encounters photography fair. A top class launch! And it just took off from there. I left my last job in 2012 to become full-time photographer.

What is your approach?

As I am a failed painter and a lazy writer, I try to do it all with a camera. In each of my pictures, I reveal a person through the choice of colors, graphics, styling, and an attitude that I suggest but never impose. Most of the time, I write these pictures before I take them. Through these people, I relate an environment, mainly Africa, or rather Africas, because there are as many Africas as there are Africans – there are about 1.1 billion. There is a real tradition of portraiture in Africa, through great masters like Malik Sidibé, Seydou Keïta and Mama Casset. I work in color, paraphrasing the popular Congolese painter Chéri Samba who said that color is emotion.

How have you imagined your project with Pernod Ricard?

During my conversations with the Pernod Ricard team, I sensed a desire to celebrate employees and to underline this internal togetherness, this great mutual appreciation. To mark major occasions in Africa, it is tradition to print a medallion of the person to be celebrated on fabric. I thought that it would be really interesting to apply this tradition to the Pernod Ricard mindset. This project with Pernod Ricard allowed me to add chapters to the story on my African background.

How have you worked on this series?

In terms of styling, I worked with Selly Raby Kane, a Senegalese designer for whom I have enormous respect, who successfully expresses a strong African identity within an international and universal context. Together we created a moodboard to instill a spirit. She put forward sketches, which were completely in line with what I was thinking, and those were our starting point for the project and the choice of fabric, in particular Wax and Basin.

Did working with Pernod Ricard employees influence your artistic approach?

It was a new yet highly interesting exercise, as I saw the human side of employees. There is genuine cohesiveness and I have tried to use it as a common thread running throughout the portraits. I decided not to be too involved in the casting as I wanted Pernod Ricard to put forward the people who, for the Group, represent the diversity and vibrancy of the African teams, as well as the notion of collaboration between the medallion and the model. All this created quite subtle dynamics, which came into play when the set was arranged. The fact that an international group decided to focus on its younger employees in order to showcase them is actually a great thing, I would love to see things like that everywhere.