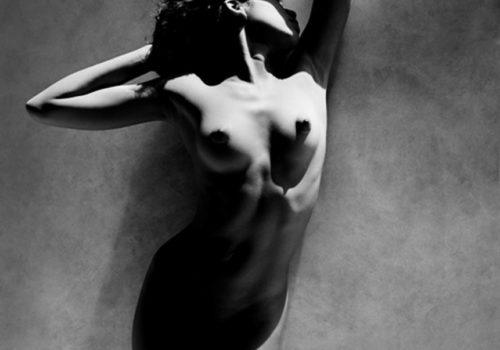 The American portrait photographer Greg Gorman is world renowned for his portraits of Hollywood celebrities. His specialty is classic black-and-white photographs that leave the viewer full of wonder. During the past 40 years Greg has become one of the most sought after celebrity and advertising photographers in Los Angeles. His work is used in advertising campaigns for films and CD-covers and as cover artwork for magazines. He is published a number of times in Esquire, Interview, Life, Vogue, Newsweek, Rolling Stone, Time, Vanity Fair and other magazines.

As well as being a celebrity photographer, Greg Gorman is a wine aficionado recognised for producing quality wines. Nordic Light will be visited by a man who enjoys life and wine to the full. He lives partly in Los Angeles and partly in Mendocino, California. Greg holds workshops around the world and also in his studio in Mendocino. He now holds digital photography workshops in Mendocino four times a year, complete with a resident chef and of course Greg’s own wines.
Greg’s studio is set in beautiful surroundings by the sea. He loves to enjoy life, nature, good wine and food and live music.

He often works in his studio, but prefers natural light when he takes photographs. On the workshops in Mendocino participants can explore the beautiful landscape, forest, sandy beaches and the sea. Greg Gorman wants workshop participants to experience and exploit the area’s natural light. He also emphasises close contact with the models used. ”For me, photography functions best when it leaves something to your imagination,” says Greg.

In the film industry, he has also worked with graphic design and advertising campaigns. If you remember the cinema posters for “Pirates of the Caribbean” and “Pearl Harbour”, they were Greg Gorman’s work. He has also taken pictures for films like “King Arthur” and “Tootsie”.
In addition, Greg Gorman directs music videos and does portraits of musicians, such as Elton John, Michael Jackson, David Bowie, John Mayer, Bette Midler and Iggy Pop. He wants to create lasting portraits of people, and aims to reflect his subjects’ characters and beauty in their faces.
Greg Gorman lectures and works the world over for both Epson and Disney. He recently released the book Framed: Greg Gorman for I.a. Eyeworks. This is a collection of photographs of well known artists from the worlds of film and music, in which they all wear glasses.