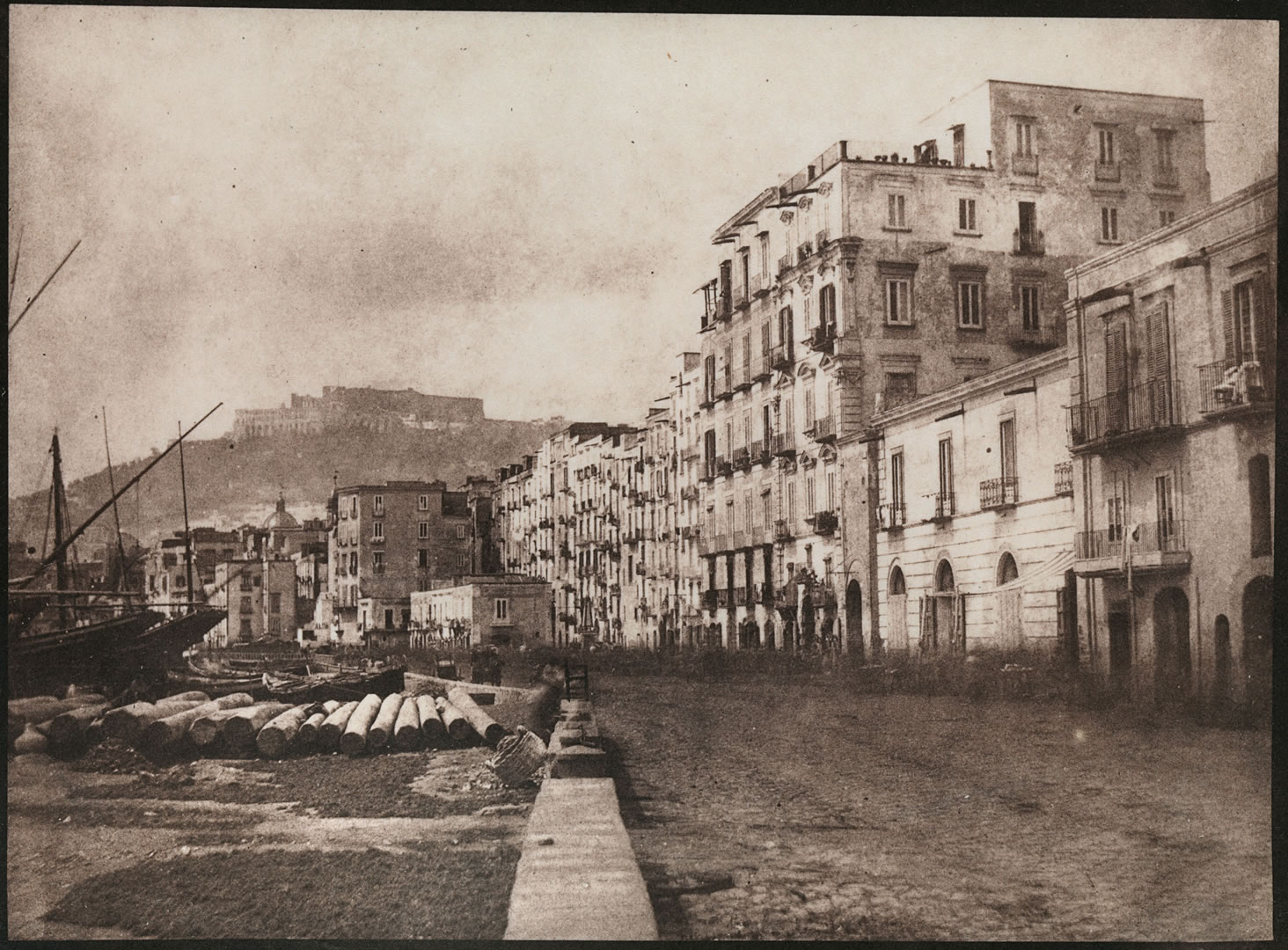 The photographs in this exhibition depict the scenic attractions of Sorrento and Capri, and famous ancient archaeological sites such as Pompeii and Agrigento, as well as offering impressions of everyday life in the city of Naples itself, where, more than anywhere else in Italy, the opposite poles of rich and poor, high and low-life crossed each other’s paths. Lazzaroni low-life, Lebenskünstler (gifted people of no particular profession), bathing children, glitterati at the Riviera di Chiaia: Naples was a place of contrasts and extremes like no other city in Italy. While some of the photographs on display here actively encouraged clichés and were posed for in the photographer’s studio, they nevertheless provide a fascinating insight into real-life experiences and realities that have long since vanished.

In the exhibition some 120 photographs by twenty different photographers are on show. The pictures were taken in the period from 1846 to the turn of the last century. It was a period that also saw the new medium of photography spread to the south of the peninsula. Photographers from England, France and Germany, but later also local photographic artists took shots on the Gulf of Naples, in Campania and on Sicily. They reflect the changing view from the romantically coloured veduta to objectively documented photography, which spread with and encouraged the incipient scientific exploration of the region’s archaeological monuments. On show here are photographs by such pioneers of the new medium as Calvert Richard Jones, Firmin-Eugène Le Dieu and Gustave Le Gray, including some rare photographic treasures, such as the shot of the cathedral in Syracuse by George Wilson Bridges from 1846. At the heart of the exhibition is the work of the German photographer Giorgio Sommer, who lived in Italy from 1856, founding a studio in Naples in 1857/58, which quickly became the most successful in the city.

The volcanic landscape bestowed Campania with particularly scenic views, but also constituted a constant latent threat. The excavations in the towns at the foot of Vesuvius, which were given a boost after the foundation of the state of Italy, brought to light many sensational finds that were documented by the photographers. Here too, Vesuvius posed a serious threat. Its eruption on 26 April 1872 was documented by Giorgio Sommer in a series of shots each taken half an hour apart. Just as dangerous was the threat posed by earthquakes. The resort of Casamicciola on the isle of Ischia was completely devastated by an earthquake in 1883, an event that was captured on film in several impressive photographs.

The new medium also saw the rise of photographic evidence of the political upheavals that swept through Italy over the course of several decades: the Risorgimento, which reached its climax with the foundation of the unified Italian state in summer 1861, some 150 years ago. With his ‘Expedition of the Thousand’, Garibaldi attacked Bourbon-held Sicily in spring 1860, capturing Palermo on 27 May. The barricades and destruction in the old town of Palermo, bloodily fought for, were documented by Luigi Sacchi in photographs that amount to early examples of photojournalism and provide rare visual documentation of the battles fought in the unification of Italy.

The exhibition Naples and the South. Photographs 1846–1900 has been made possible thanks to the renowned Munich-based photograph collector Dietmar Siegert, from whose collection the photographs on display here are taken.