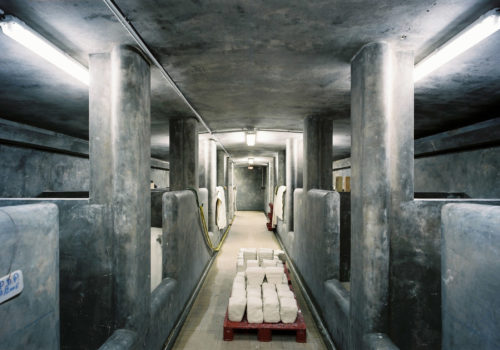 “Most of the projects a curator and museum director works with are the result of a long and complex reflection. But, one way or another, on the bottom of any project is an emotional experience. I came across Chernobyl photographs by Sergey Shestakov quite recently and almost by chance. And I still remember the state of an emotional and existential shock I experienced at that moment.

I thought I know all about Chernobyl, or, at least, very much. Chernobyl became a tragedy for many of my friends and could become a tragedy for members of my family. A few days before the nuclear accident, a group of Russian and Ukrainian poets was preparing a poetry night at the Chernobyl Nuclear Power Plant. In letters from Kiev to Moscow they joked: “everything will be all right, if nothing explodes”. The radioactive explosion did touch a part of the poetry mission. Some of them later had ill children, while others have lost the ability to have children altogether.

For a quarter of century I read everything that there was to read on Chernobyl, watched films, photo- and video-reports. It was evidence that prevented forgetting, that kept reminding of the tragedy that has happened there. Sergey Shestakov’s works do not so much refer to the past as they provoke feelings and thoughts about the future.

Every shot by Sergey Shestakov is a piercing metaphor, created from small and even tiny details. The whole project turns out to be a profound artistic generalization that especially ‘rings’ today, after the tragedy in Japan. This new situation changes the very sound of the name of the series, “Journey into the Future”, derived from the name of a children book frozen in the Exclusion zone.

Sergey Shestakov’s project is not as much about how difficult it is for people to calculate the possible danger of nuclear power plants, existing and those currently under construction, as it is about the actual measure of human responsibility for the achievements of civilization in general. One way, or another, all technologies are bound to get out of our control.

Artists of all times were attracted to the subject of the Apocalypse. “Journey into the Future by Sergey Shestakov is one more work of this kind. Today, in the beginning of the 21st century, which is extremely focused on modernization, innovations, new technologies, could be interpreted as a warning.

In his project on Chernobyl, Sergey Shestakov managed to achieve the ultimate articulation of the artistic message.”

«Chernobyl…The name of the place has long since become a symbol of the enormous human tragedy. But the way our memory works means that in time details become less visible, reactions go numb, and that what happened becomes blurred, as if someone invisible reduces depth resolution in the lens of history. Chernobyl, that has shocked the entire world, is no exception. Quarter of a century passed since the night of the accident at the Chernobyl nuclear plant – April 25/26 1986, and we started to think that it was a one-time occurrence caused by improbable coincidence of many factors. Yes, it was horrible, but it will not happen again in human history. Everything changed on March 14 2011, when a huge 10-meter-high wave, caused by a very strong earthquake close to the shores of Japan, damaged the nuclear plant Fukushima-1.

When I planned my trip to the 30-km Exclusion zone last October, I did not think that photos I will make there will form a separate exhibition, let alone a book. The session was supposed to be just a start of a big project, a kind of meditation on the fate of the human race, which I plan to complete in 2012, and in was pure chance that Pripyat was chosen to be the first location. Everything I saw there affected me profoundly. We (me and my guide) walked alone in the completely empty city, and all the time I expected to hear in the next moment the noise of a passing car, or laughter of children playing in the yard, or to see a young mother with a pram… But it was the complete silence around us, the silence that was not disturbed even by birds. As we moved around the city and entered various buildings, the sense that all that is completely unreal, grew stronger. It was unreal not because that it can not be so, but because it SHOULD NOT be so!
There should not be empty cities and villages, the nature around us should not be destroyed, and people should not engage in self-extinction!

A month later I came back to Chernobyl, and decided to stay there overnight to try to gain more understanding of the pain of the people that have lived here and left their home. Probably, that experience charged the photographs with emotional intensity. And after the events at the Japanese nuclear plant, and all these parallels and comparisons with Soviet Chernobyl, I decided to make a separate exhibition, after all, and to publish this book. In these days, when all the world is absorbed with the tragedy of the Land of the Rising Sun, I want us all to think hard about where are we all going to.

The idea for the title came to me when I saw, in one of the Pripyat kindergartens, a half-rotten book by Zoya Voznesenskaya, “Journey to the Future”. I only added the subtitle, “Stop No 1”, because Chernobyl is not the terminal station. Today, when we are already at the stop No 2, people must decide, in what direction, by which line of the ‘life metro’ they will go further.
Everything is in our hands…»