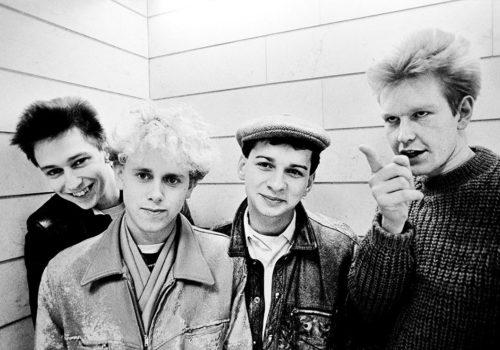 MONDO GALERIA and Dorado Suites Ibiza present an exhibition with 10 original photographs of rock legends through the lens of Mats Bäcker. The exhibition curated by Diego Alonso will be seen from may 11th until the end of the summer 2022.

Raw Power by Diego Alonso
Imaginary boys, stardusters, rocks on a roll and an iguana. Vinyl printing of tracks. Rock, neoclassical construction based on pillars of Bach to Van Halen, from Juno to Grace Jones. Technology of destruction, pogo and its undeniable attire. Unbridled, hungry for battle spectacle, counteracts the loss of middle class driven out of the mineral industry pushed into chemical industry. Endlessly falling through a spiral of reverb and distortion.

“My first idol that I met in person. He was the godfather of punk back then, plus all he had done before that. I and my journalist friend, whose first name is also Mats, met him for an interview at his hotel in Copenhagen. It was the afternoon before his concert. He was uninterested in talking to us but finally came round. Journalist Mats introduced himself, and Iggy replied: “James Osterberg.” I said: “My name’s the same as his” in a low voice, and Iggy replied: “Orson Welles?” I was too shy to say anything else, so I said: “Yes.”

From a distance stars seem to shine, but they burn up close.

Demystifying the starving culture of consumerism. Intravenous, endemic mythopoesis. The roar of a cultural lapse in rebellion, the desecration of the order consummated in the post-war period, defiant, impossible. A promised land of tin and shiny plastic. In polyester resins and worn denim. Wanting to go to space we realised the inner emptiness, the lack of coherence in a coffin embedded self-destructive system. However, these were times of hope, of constructive destruction and free creation, or a randomly controlled lack of control.

“I thought he was an old, boring fart (30) who only wanted to talk about golf. BUT at the concert that night he was something else. Energy and fury that I had never seen before. It inspired me… to start a band a few weeks later.”

“When you see a great picture of an artist you know well, you unconsciously see many of your memories, feelings and knowledge in it.”

Since photography belongs to everyone, there is no time anymore. There are no measures. The hunters moment (shooting) – in action, involved – on stage, as one of the band. As loud as the sound, in charge of symbology, transcendence.

“Shooting rock concerts was a lot less of a hassle”.

Archetypal giants of visual culture bathed in silver gelatin. Freezing a performative moment, allied to frugal memories. Back to that conscious fury of punk, of rebellion per se. An industry based on destructive utopia creation. Towards global make-up based on a decadent imperial patronage.

Day and night they shine the stars.

“Someone who is an icon for me can be a complete unknown for someone else. Generally, an icon is someone who’s been around the block, had a long and successful career and is someone who didn’t sell out.”

However, the tide of time is swum by those who cling to change. To continual disappearance of stability and coherence. Those who hear its rhythm react without expectation from their achievements, stumbling without falling. We are here only once, so we rather sing. Dance, blow out our breath into the wind like a riff of electric guitar, to beat like a bass guitar base and shake like drumsticks… to that rhythm of every day play…

In Emptiness light is born.

“(Today), I feel quite happy and crazy. I loved that period of life where I got to shoot the stars who have inspired me in different ways.”

At the end of the tunnel, individuality is the only way out.