Metro Pictures, champion of the pictures generation, is closing 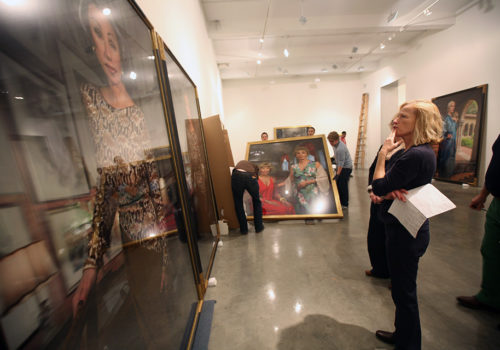 The New York Times reported the closing of Metro Pictures :

After more than 40 years, the gallery famous for representing artists like Cindy Sherman, Robert Longo and Sherrie Levine has announced that it will close by the end of December.

Metro Pictures Gallery announced Sunday that it would be closing toward the end of 2021 in an email that cited “a demanding year of pandemic-driven programming and the anticipated arrival of a very different art world.”

The decision came as a surprise to artists and curators who regarded the gallery’s place in history as unimpeachable. Founded in 1980 by the gallerists Helene Winer and Janelle Reiring, Metro Pictures became a launchpad for many members of the Pictures Generation, a loosely affiliated group of artists connected by their powers of appropriation in a media-saturated, politically uncertain world.

The gallery helped photographers like Sherman, Longo and Levine become critical darlings known for driving a nail through the mythology of modernism that their artistic forbearers had built.

“They were the smartest kids on the block,” said Douglas Eklund, who curated the “Pictures Generation” exhibition at the Metropolitan Museum of Art in 2009 and subsequently cemented the gallery’s place in history. “I staked my whole claim on the belief that what Metro Pictures achieved would be considered an equivalent turning point to what Ileana Sonnabend and Leo Castelli accomplished,” two gallerists known for introducing the world to artists like Andy Warhol and Jeff Koons.

And like his colleagues at Metro Pictures, Eklund is also stepping down from a position of power. After more than 26 years, he resigned from his curatorial role at the Met last week, departing with one last exhibition — “Pictures, Revisited” — intended as a sequel to his 2009 show.

“I felt the need to turn over a new leaf,” he explained.

It was a similar feeling at Metro Pictures, where after four decades, the gallery founders decided to call it quits. Not because of declining sales, Winer said in an interview, but with a sense that reopening the gallery once the pandemic subsides would require more energy than she had to give at age 75.

“We just feel like we did our thing,” she added. “I don’t think at my present age that I want to be reinventing the wheel.”

The founders had discussed closing the gallery last year when the pandemic began but delayed their decision because of the volatile economic situation in the arts. They had also considered merging with a younger gallery before ultimately abandoning the plan as unfeasible. (Around the same time, dealer Gavin Brown announced that he was joining Gladstone Gallery as a partner and closing his own business.)

Over the weekend, the Metro Pictures founders had been calling their artists and staff to announce their decision to close. In a statement Sunday, the pair said: “We have decided to announce this difficult decision far in advance of our closing in order to give the artists we represent and our staff time to pursue other options and to allow us to participate in their transitions.”

But some artists were still caught off-guard by the gallery’s decision to shutter.

“It’s shocking and sad,” said Trevor Paglen in an interview. He joined Metro Pictures about 10 years ago, eager for representation by a gallery that had shaped his thinking as a young artist. “I was overjoyed to be a part of something that I had spent a huge amount of my career and life being inspired by.”

Launch of The Hulett Collection