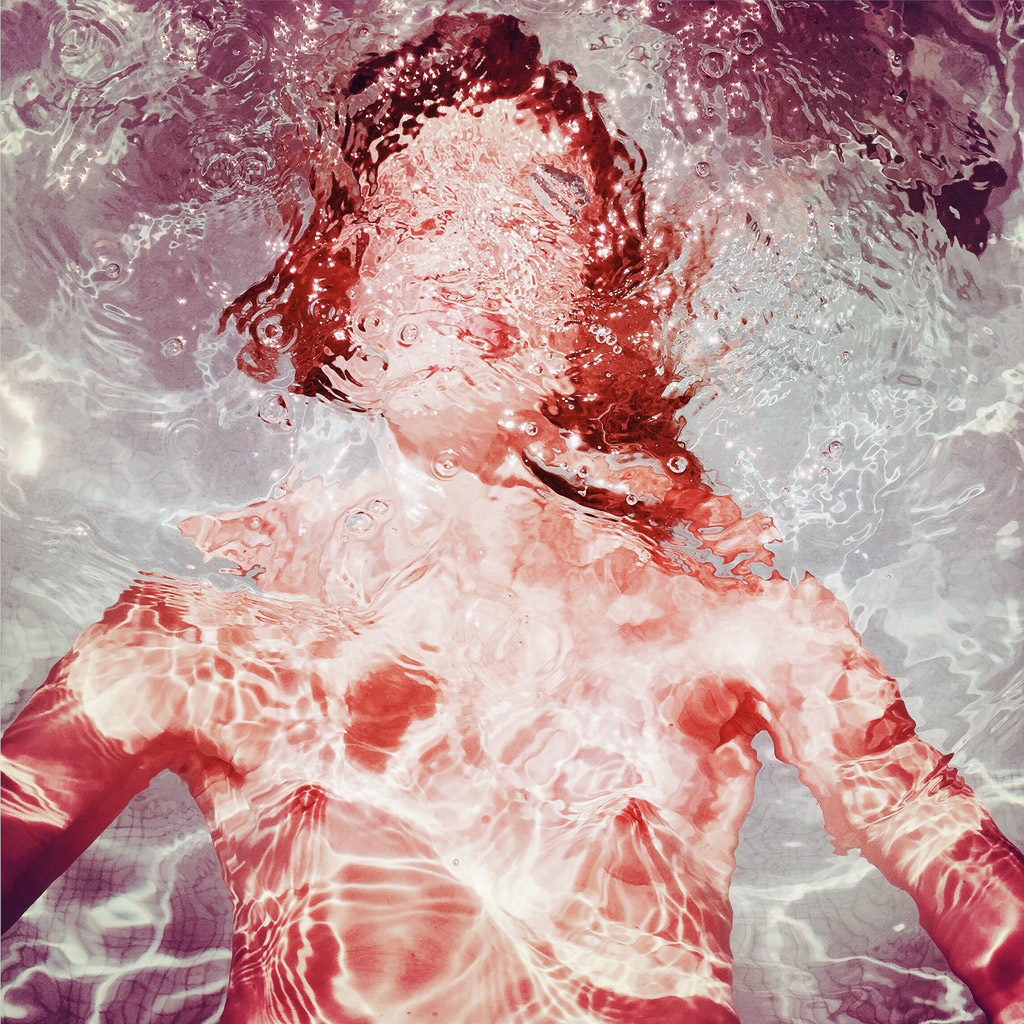 The Marseille-based gallery LAME has just opened the exhibition Souffles [Breaths] by Ana Bloom. A photographer, artistic director, and visual artist, Ana presents a series of submerged portraits. The water surface between the model and the camera lens transforms the image to the point of blurring the contours of the face. The exhibition is on view starting today!

Are they playing? No, breathing is not playing. Is this their first, second, or last breath? For when it comes to breathing, it is advisable to count: no breath, no life. And if breathing stops, one must act quickly … 24 seconds, that’s the length of Samuel Beckett’s play, Breath: his shortest work, and the most often performed. Why try to represent breathing? Extracted from its natural environment, breath leaves reality behind. The artist Ana Bloom employs the same stratagem as Beckett: water replaces the stage in the role of a disruptive element. In both cases, the most universal human experience possible, namely breathing, takes on a supernatural dimension and questions its own raison d’être, life itself. Out of breath, the protagonists of this photographic series, all natives of Marseille, struggle to survive in a hostile environment. “Head under water,” they float as best they can.

Some may see in these images a metaphor for the hardships, or even inhumanity, of contemporary living conditions. This is a recurrent motif in the work of Ana Bloom who, as a young historian, wrote her thesis on social housing before becoming interested in suburbs and, later on, in the place of nature, chipped away from all sides, in our contemporary societies. These women, men, and the little girl, Blanche, who lends the effect of chromatism to this series of submerged, and very pictorial, portraits, all have names, identities, but their faces are blurry. Their humanity falters amid the distorted contours, the explosion of pigments, the malleability of their features and their skin… but it never gives up. In the interval between the surface and the depth, the breath, in each case singular, acts as a photographic filter: the bubbles modify the image depending on how each person behaves in water. This is the aspect of the work that, by design, eludes the artist: it’s a way of foiling any attempt at programming as well as negating differences. Let there be no mistake, in this diaphanous, meditative atmosphere, silence is a force of resistance. A solar resistance. Humanity still has some fine days ahead. Hit but not sunk.