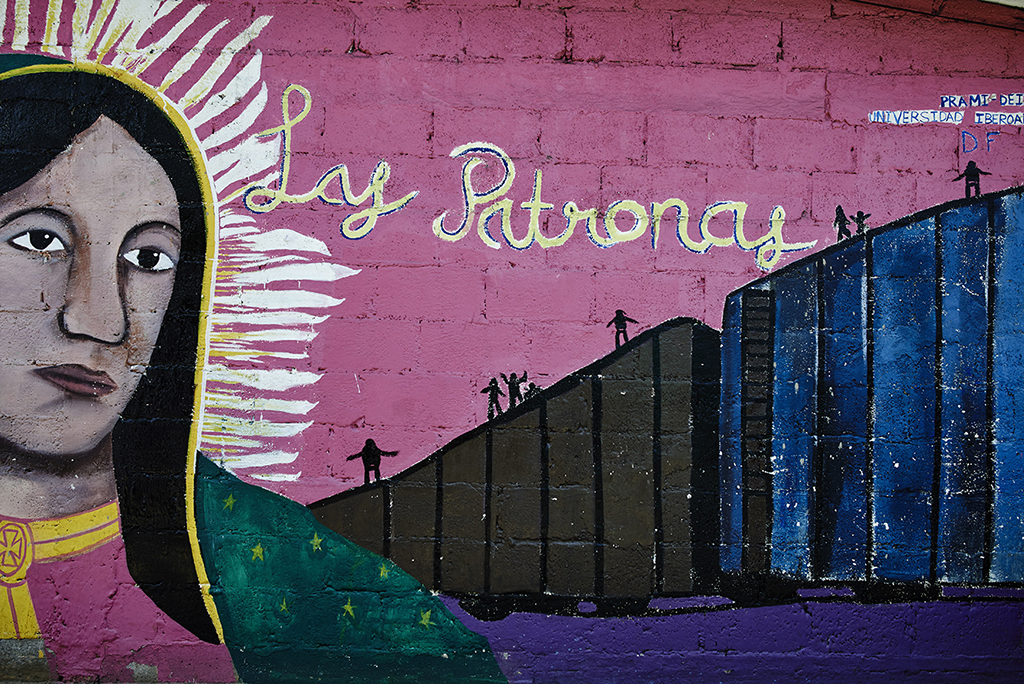 In the Mexican village of La Patrona, near Amatlán de Los Reyes in the state of Veracruz, a group of women helps migrants from Central America on their long and perilous journey aboard the freight trains heading to the United States.

Las patronas (literally translated as the “bosses”) is a local group, set up by a dozen of women living either in La Patrona or the surrounding areas. Since the start of the movement, back in 1995, Norma Romero, the founder, her sisters, daughters and neighbors have all decided to dedicate their life at feeding the passing migrants from the Honduras, Salvador or even Guatemala, who travel aboard “La Bestia”, the freight train network that crosses Mexico all the way to the United States border.

Initially a movement rejected by the local community, their action became successful after 10 years of enduring effort. Las patronas are now are respected group that has drawn both the media and local political attention. A popularity which hasn’t altered their action : for the past 21 years, their daily task is to help starving migrants flee the local violence of country gangs or simply the lack of opportunities.

A “normal” practice for Norma Romero today: “For each man or woman who is on that train, there is a mother who is in

pain and praying for the safety of his or her child. When we see them, they remind us of our own and that make us want to help.”

It’s within a former oil factory, redeployed as a local shelter, that Las Patronas cook and prepare the precious food. At sunrise, a few of them set out to collect the local donations and the leftovers of the surrounding supermarkets, whilst the others ready themselves to cook the meals. Rice, beans, bread, tortillas, pastries and bottled water are then handed out to the passing migrants aboard the train, the whole event lasting less than 5 minutes. However, waiting for the train can be tiresome “We never know when the train will pass by” explains Bernarda, one of Las Patronas. There is

no fix hour, sometime we can hear it around the corner at an unexpected moment, sometimes at night, which often leaves us with very little time to run and meet it.”

Only certainty for these volunteers : up to 3 trains a day, and a lifelong effort for a a fleeting moment of love snatched on the edge of the train tracks.