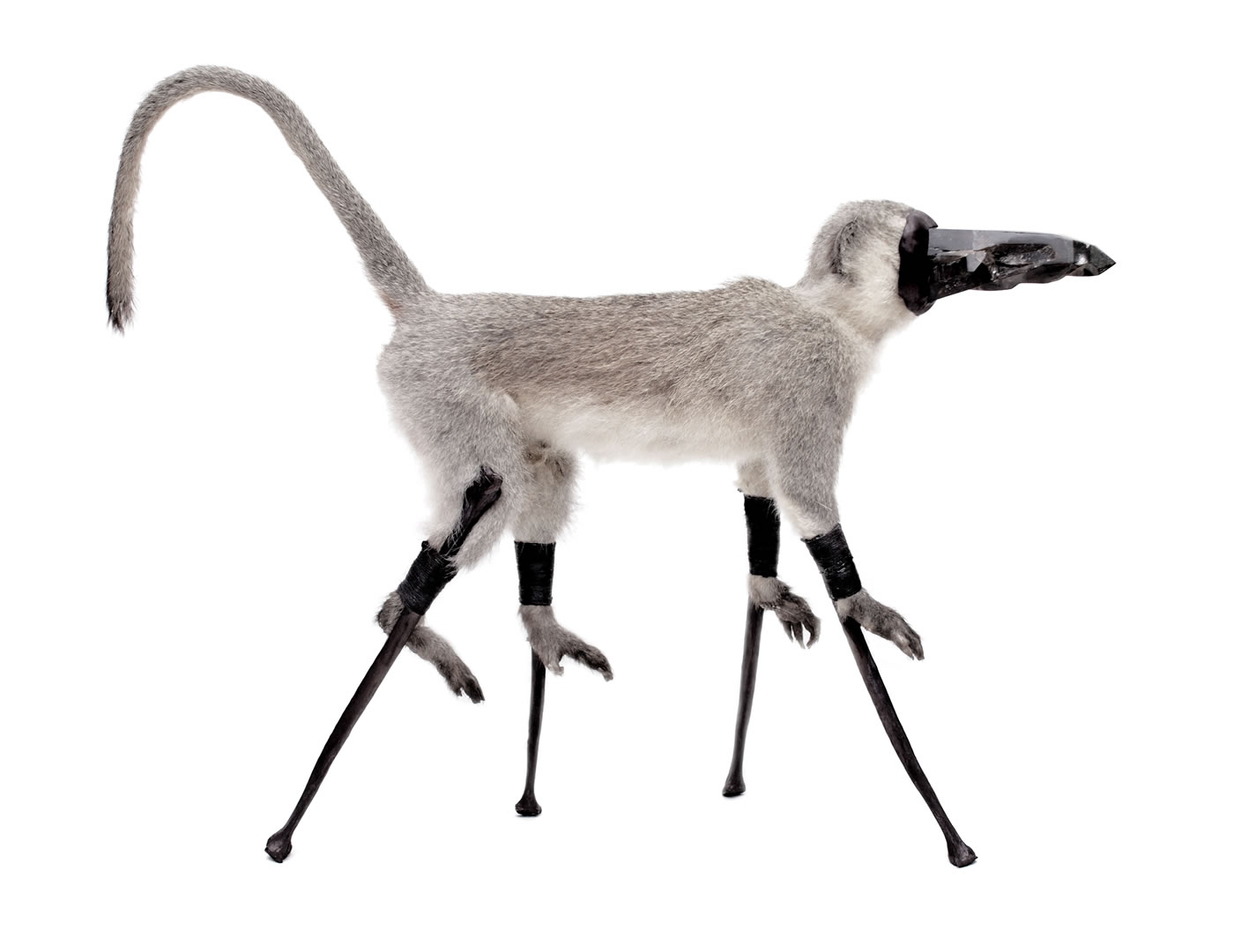 My mind was set on visiting the Tate Modern over the weekend. I wanted to finally see the installation of Taryn Simon’s A Living Man Declared Dead. I had already flipped through the book a couple of times and pondered whether or not I should buy it—due to its considerable weight. I couldn’t put off the visit any longer. I entered the museum from the riverside entrance and unexpectedly discovered a new display in the Level 2 Gallery—a space dedicated to emerging and recently established international artists. The first stop of my afternoon visit of the Tate.

Contested Terrains, jointly curated by Tate’s Kerryn Greenberg and Jude Anogwih of the Centre for Contemporary Art, Lagos, featured the work of Adolphus Opara, Michael MacGarry, Sammy Baloji and Kader Attia. I was struck by the clear vision and the diversity of the work of these artists so strongly rooted in the history of the African continent, yet able to reach out and connect to its present. They aim at subverting stereotyped assumptions about African culture and traditions analysing specific issues of the complex and multifaceted past and identity of the country. Africa has long been affected and shaped by conflicting economic and power interests as well as ideological positions. The work of Opara, MacGarry, Baloji and Attia reveals how Africa is still in many ways, and for various aspects, a contested terrain where historical truth has yet to be discovered and affirmed.

With his photographic series Emissaries of an Iconic Religion (2009), Adolphus Opara addresses the very diffused misinterpretations of the traditional religious practices in Nigeria. African spirituality has been misrepresented by colonials for decades and even nowadays is still downgraded to simple folklore. The importance of indigenous philosophies and belief systems have systematically been ignored and negated. Opara’s large format portraits of Nigerian diviners adopt the formal codes of portraiture in post-independence Nigeria and the conventions of classical European painting compositions. His portraits of diviners of the Osun and Osogbo regions in the South-Western Nigeria include the symbols and narratives of local religious beliefs as well as their relevance and function within the community. Opara presents the spiritual deities of the Yoruba Orisa in a dignified and powerful light, and commanding pose.

Michael MacGarry investigates the social and economical consequences of past and contemporary Imperialism on local African communities. Ossuary (2009-2010) consists of ivory carvings that identify the values and concerns of contemporary society: violence, health, education and business in the shape of a container ship, an oil derrick, a nail-studded assault rifle, a knuckleduster, luxury objects, a hypodermic needle or glasses.

Kader Attia two-channel video installation Open Your Eyes (2010) continues the exploration of the cultural tensions between past and present, tradition and modernity dealing with diverting visions over aesthetics and functionality. On the two screens flash unusually paired sequences of images—artefacts from the African Museum collection in need of “being fixed” juxtaposed with portraits of soldiers wounded during the First World War. The sets of images show the African objects temporarily repaired by the Indigenous who privileged practicality and functionality over aesthetics; the faces of the veterans who underwent still rudimental cosmetic surgery practices; Western restoration methods applied to ethnographic museum objects; and finally historic photographs of body modifications in the African traditions such as lip and earlobe stretching or skin scarification.

These same issues are at the core of Mémoire (2006), a series by Prix Pictet shortlisted artist, Sammy Baloji. His works are not mere representations of reality but photomontages characterised by the superimposition of archival black and white images of the mines of Union Minière du Haut Katanga—taken during the height of Congolese mining business—onto contemporary colour images of mines and industrial infrastructure in ruins against devastated landscapes. Baloji comments: “To superimpose past onto present reveals the will to denounce past and present abuses.”

It is a mémoire of Congo’s economic downturn as a result of the greedy Imperialist exploitation of the country’s resources during the colonial period. The artist, with this work, also critically refers to the still ongoing effects of global capitalism on the African identity and future.

Contested Terrains is a small exhibition of interesting talents that I very much enjoyed discovering. After the London venue, the exhibition will travel to the Centre for Contemporary Art in Lagos, Nigeria, where it will be on display from January 21 through the March 3, 2012.