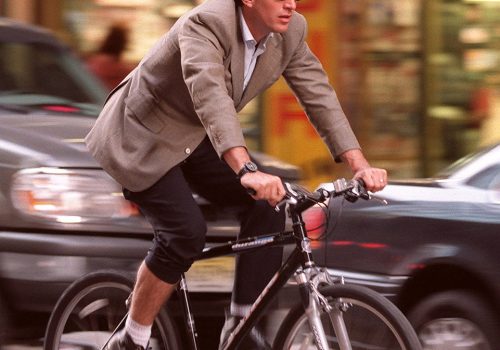 Sometimes there are great moments of happiness, nostalgia and sadness in the daily life of the Eye of Photography. This is what happened yesterday with a message and images received from Lawrence Schwartzwald. I knew John Kennedy Jr. a little while he was making his magazine George with the Hachette Filipacchi group in NYC. The first time I speak to him is a few hours after his official introduction. We find ourselves in the street, it starts to rain. I offer to share my taxi. “No thanks ! I only get around on rollerblades and bicycle otherwise my life becomes a nightmare.” I even went to see Brigitte Bardot who fascinated him to get photos for a feature he devoted to her in his magazine. We regularly had lunch at the restaurant bar at the foot of our office building. Everyone came with their stack of newspapers. John had his reserved seat, the only one from which he couldn’t be seen from the outside. One day, he changed: more than 100 people entered the restaurant to photograph him or have him sign an autograph. Last memory: I have never seen a man have so much success with women.

I had long been convinced that many or most of my original negatives from my John Kennedy, Jr. and Carolyn Bessette (Kennedy) et al., collection (1994-1999) had vanished or been destroyed and that they were lost or missing forever. The recent pandemic shutdown, however, allowed me the time and compelled me to frenetically scour tens of thousands of negative sheets buried carelessly in boxes  and drawers at my home and luckily was able to salvage a bunch of originals. Getty Images, who syndicate my Sygma/Corbis collection of the Kennedys, also discovered many in their archive and graciously provided me with beautiful new hires scans of a score of my missing frames, some iconic, of John and Carolyn, that documented their life

in New York during this period until the fatal plane crash in the Atlantic Ocean off Martha’s Vineyard, Massachusetts, that took their lives and the life of Carolyn’s sister, Lauren Bessette, This portfolio of images is a selection of a Monograph in progress.