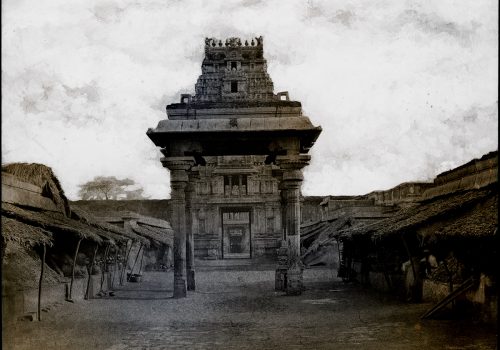 With the exhibition Thomas Ruff, the Kunstsammlung Nordrhein-Westfalen presents a comprehensive overview of one of the most important representatives of the Düsseldorf School of Photography. The exhibition ranges from series from the 1990s, which document Ruff’s unique conceptual approach to photography, to a new series that is now being shown for the first time at K20: For Tableaux chinois, Ruff drew on Chinese propaganda photographs. Parallel to Thomas Ruff’s exhibition, the Kun- stsammlung Nordrhein-Westfalen is also presenting highlights from the collection at K20 under the title Technology Transformation. Photography and Video in the Kun- stsammlung, which also deals with artistic photography and technical imaging pro- cesses in art.

“With his manipulations of photographs from many different sources, Thomas Ruff comments in an incredibly clever way on how we see images in a digitalized world. Through his virtuoso handling of digital image processing, he confronts us with a critical examination of the image material he uses and its historical, political, and epistemological significance. Some of his most important series are represented in our collection, and we are very proud to dedicate a large-scale exhibition at K20 to this prominent representative of the Düsseldorf School of Photography,” states Su- sanne Gaensheimer, Director of the Kunstsammlung Nordrhein-Westfalen.

Thomas Ruff (b. 1958) is one of the internationally most important artists of his generation. Already as a student in the class of the photographers Bernd and Hilla Becher at the Düs- seldorf Academy of Art in the early 1980s, he chose a conceptual approach to photography which is evident in all the workgroups within his multifaceted oeuvre and determines his approach to the most diverse pictorial genres and historical possibilities of photography. In order not to tie his investigations in the field of photography to the individual image found by chance, but rather to examine these in terms of image types and genres, Thomas Ruff works in series: “A photograph,” Ruff explains, “is not only a photograph, but an assertion. In order to verify the correctness of this assertion, one photo is not enough; I have to verify it on several photos.” The exhibition at K20 focuses on series of pictures from two decades in which the artist hardly ever used a camera himself. Instead, he appropriated existing photographic material from a wide variety of sources for his often large-format pictures.

Thomas Ruff’s contribution to contemporary photography thus consists in a special way in the development of a form of photography created without a camera. He uses images that have already been taken and that have already been disseminated in other, largely non- artistic contexts and optimized for specific purposes. The modus operandi and the origin of the material first became the subject of Ruff’s own work in the series of newspaper photo- graphs, which were produced as early as 1990. The exhibition focuses precisely on this central aspect of his work. The pictorial sources that Ruff has tapped for these series range from photographic experiments of the nineteenth century to photo taken by space probes. He has questioned the archive processes of large picture agencies and the pictorial politics of the People’s Republic of China. Documentations of museum exhibitions, as well as por- nographic and catastrophic images from the Internet, are starting points for his own series of works, as are the product photographs of a Düsseldorf-based machine factory from the 1930s. They originate from newspapers, magazines, books, archives, and collections or were simply available to everyone on the Internet. In each series, Ruff explores the technical conditions of photography in the confrontation with these different pictorial worlds: the negative, digital image compression, and even rasterization in offset printing. At the same time, he also takes a look at the afterlife of images in publications, archives, databases, and on the Internet.

For Tableaux chinois, the latest series, which is being shown for the first time at K20, Ruff drew on Chinese propaganda photographs: products of the Mao era driven to perfection, which he digitally processed. In his artistic treatment of this historical material, the analog and digital spheres overlap; and in this visible overlap, Ruff combines the image of today’s highly digitalized China with the Chinese understanding of the state in the 1960s and its manipulative pictorial politics.

From the ma.r.s. series created between 2010 and 2014, there are eight works on view that have never been shown before, for which Ruff used images of a NASA Mars probe. Viewed through 3D glasses, the rugged surface of the red planet folds into the space in front of and behind the surface of the large-format images. Moving through the exhibition space and comprehending how the illusion is broken and tilted, one is introduced to Ruff’s concern to understand photography as a construction of reality that first and foremost represents a surface—a surface that is, however, set in a historical framework of technology, processing, optimization, transmission, and distribution.

His hitherto oldest image sources are the paper negatives of Captain Linnaeus Tripe. When Tripe began taking photographs in South India and Burma, today’s Myanmar, for the British East India Company in 1854, he provided the first images of a world that was, for the Brit- ish public, both far away and unknown. Since then, the world has become a world that has always been photographed. It is this already photographed world that interests the artist Thomas Ruff and for which he has also been called a ‘historian of the photographic’ (Herta Wolf). The exhibition therefore not only provides an overview of Ruff’s work over the past decades, but also highlights nearly 170 years of photographic history. In each series, Ruff formulates highly complex perspectives on the photographic medium and the world that has always been photographed.

Thomas Ruff was born in Zell am Harmersbach in 1958 and studied with Bernd and Hilla Becher at the Düsseldorf Academy of Art from 1977 to 1985. From 2000 to 2005, he was himself Professor of Photography there. He first received international attention in 1987 with his series of larger-than-life portraits of friends and acquaintances who, as in passport photographs, gazed apathetically into the camera. In 1995, he represented Germany at the 46th Venice Biennale, together with Katharina Fritsch and Martin Honert. His works are collected internationally and are represented in numerous institutional collections.