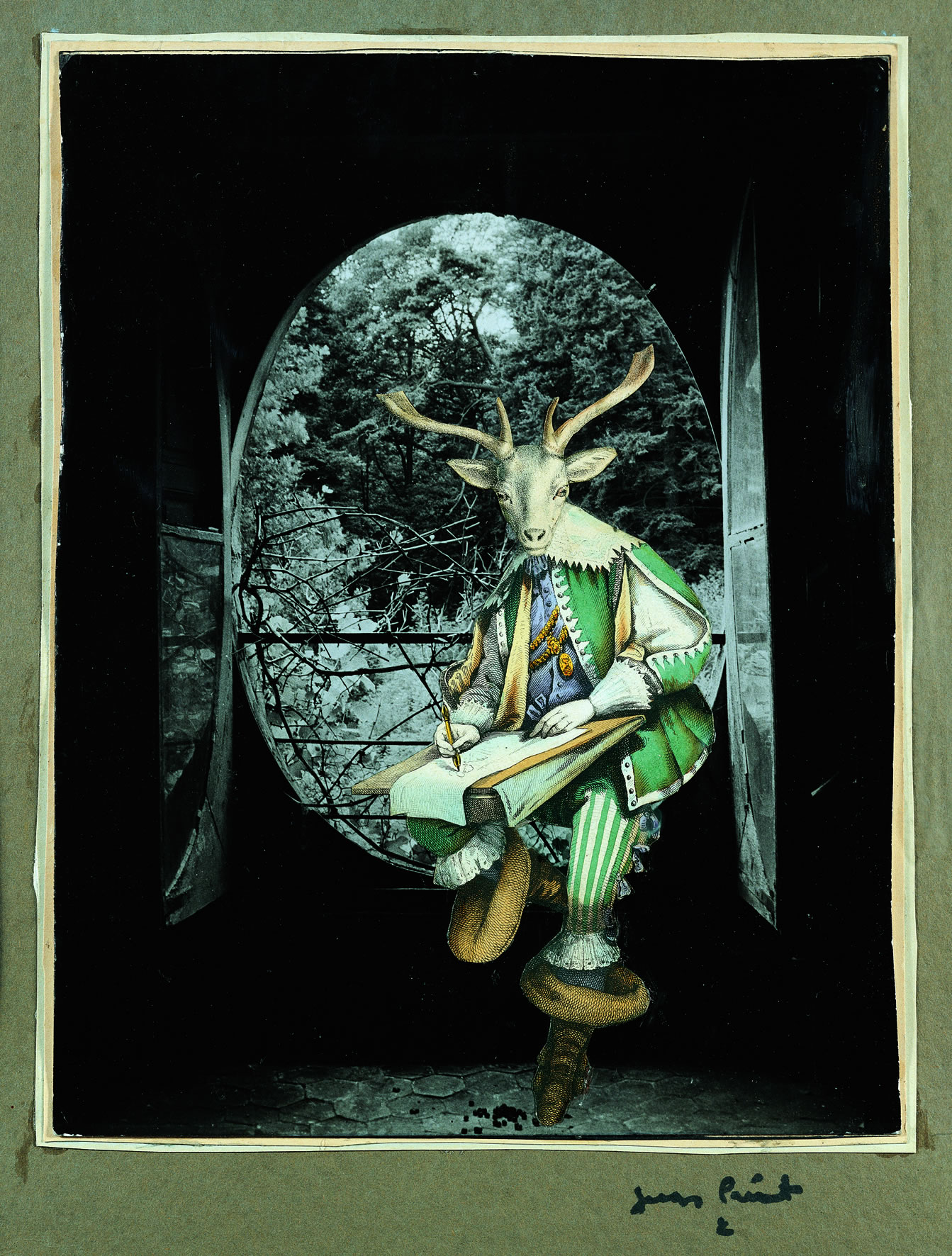 Jacques Prévert’s first exhibit of collages in 1957 consisted of 60 works at Galerie Maeght. Over half a century later, Prévert’s playful and colorful collages, which will be displayed at the Maison Europénne de la Photographie are as visually resonant as ever.

Born at the turn of the twentieth century, Prévert is possibly as famous for his sterling creative entourage of friends and collaborators as for his work itself. He was linked with the Surrealists from the mid to late 1920s, though he soon shifted his attentions from the exclusive experimentalism of the group to more populaire interests. He collaborated with Picasso on publications in the late ‘50s and early ‘60s. He worked on the scripts of iconic films that represent the best of le cinema français, amongst them Le Crime de Monsieur Lange (Jean Renoir) Les Enfants du paradis as well as Les Portes de la nuit (Marcel Carné). He was basically involved in all sorts of now-iconic aspects of French cultural history.

Prévert began collaging in the 40s. The Portrait de Janine — thought to be one of his first collage pieces — is a photograph of his wife which he embellished with a rectangular wreath of on-the-cusp-of-gaudy bright green leaves and exotic flowers. Prévert often used famous photographs as source material, namely those snapped by his friends Izis and Brassaï. The original black-and-white photographs, stoically beautiful unto themselves, are completely re-imagined at the hand of Prévert. The superimposed images, ranging from fantastical woodland creatures to mustachioed faces, do more than create a bold statement: they literally relegate maestros of the photographic form to the back seat. Les Amants, originally a photograph by Brassaï, is adorned with two hearts (as in the organs) for a cheeky, pseudo-literal visual. An Izis photograph becomes Les Minets, a portrait of hybrid man-animal dressed in fancy garb, standing on the bank of the Seine next to a box of kittens. The foundational material on top of which Prévert layers is not completely eclipsed; rather, Préverts’s unexpected images dialogue with already established art without making concessions to it. He creates a universe of wry whimsy, by mixing discordant backgrounds and foregrounds.

Prévert’s own collection image archive was assorted and vast: découpaged papers, enhanced engravings, drawn-on envelopes, postcards. His collection is displayed alongside old editions of his publications and manuscripts, from Paroles (attention-grabbing when it was first published in 1946) to La Pluie et le beau temps et Histoires. Prévert was involved in the cover selection for his books, and photographs and drawings are found throughout his publications. It’s only fitting that someone as multidisciplinary as Prévert would have consistently considered image and text to be inextricable.