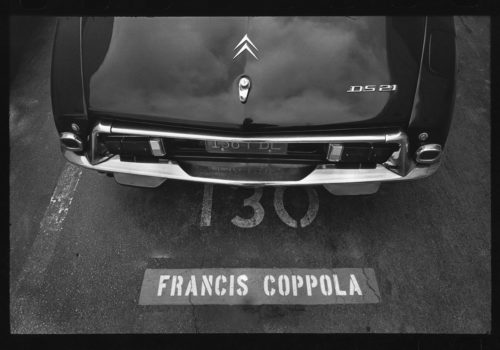 The American West was the occasion of a book published by Barral and apparently out of print today; the texts of Raymond and Serge Toubiana are fantastics.

Photographer, filmmaker, journalist creator of a press agency , he documented his time like no one else. Privileged witness of a century in perpetual motion, Raymond Depardon, in activity since the beginning of the 1960s, is not only a master of photo-journalism, he is an institution whose work is exhibited in the highest places for photography and accompanied by landmark monographs. His work defies limits, and extends from the Sahara to the great American plains, from metropolises to the French countryside, a territory for which he participated in the cartography for the famous photographic mission of the DATAR.

But Raymond Depardon is also the author of some of the finest film documentaries. Many multi-award winning films and short films, focusing on subjects as varied as the electoral campaign of Valery Giscard D’Estaing (1974, part of the campaign), photo-journalism (Reporters), early peasant life of the 21st century (Paysans Profiles), or the daily life of a psychiatric hospital (12 days), composing, film after film, an X-ray with unique precision and a precious testimony.

It is to honor the extraordinary work of this local child (born in 1942 in Villefranche-sur-Saône) that the Institut Lumière will offer, in its cinema room and in its photo gallery, a look back at his master work. On the program, a retrospective of his films and the photographic exhibition The American Desert.

Thanks to Clarisse Bourgeois from Magnum Photos for her help!