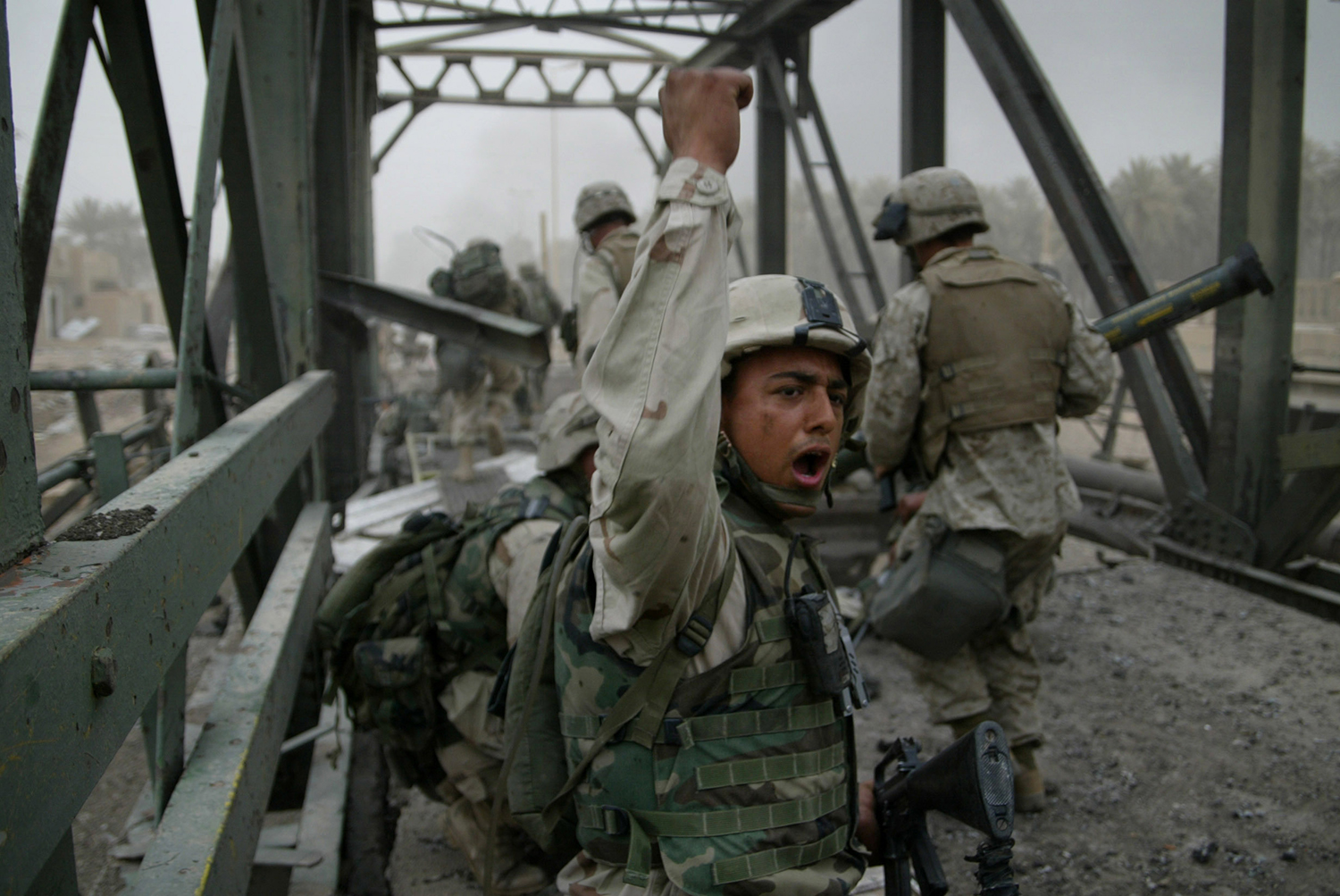 For the 15th anniversary of VII Photo Agency, Galerie Cosmos in Paris is exhibiting a part of the photography agency founders’ work.

Perpignan, Visa pour l’image festival, September 8, 2001. For a few years, a certain gloom reigns over the world of photojournalism, in seemingly continuous decline. Then, however, a group of seven photojournalists– Alexandra Boulat, Ron Haviv, Gary Knight, Antonin Kratochvil, Christopher Morris, James Nachtwey, and John Stanmeyer– announced the formation of VII, a traditional photo agency based on the global Web.

“What we did wasn’t a new idea, but an old one in a new era,” remembers Gary Knight of Britain. “At the time, we didn’t know if we would still be going fifteen weeks later and didn’t dare dream of existing fifteen years after. If we had understood what we had begun, perhaps we wouldn’t have done it – but naivety has its advantages. Today when I look at this photo of Jérôme Delay, apart from the surprise at how much we’ve aged, I’m filled with an immense gratitude for the good memories and magnificent people with whom we’ve laughed and cried, and for those who shared the journey with us.”

The starting idea was simple: each person, from his or her corner of the globe, would digitally transmit his or her photos. In the end, everyone would share the profits. The cooperative began to supply the press with subtle, nuanced photographs of topical importance, all while keeping each photographer’s artistic identity and point of view.

“We started September 8, 2001, three days before the attacks on the World Trade Center. Next, the world changed and since then we’ve tracked its story,” explains James Nachtwey.

All the creators of the agency, except for one, covered the war in Afghanistan, then Iraq, placing themselves directly on the front lines. But, while the harsh reality of the battlefields took up a large part of the media, the VII photographers turned with equal intensity toward more subtle forms of conflict and documented profound changes in societies.

The men and women of VII distinguish themselves by their commitment, their compassion, and their courage to photograph the world in a different, more profound way, as much in the visual material of the photo as well as in the humane and social motivations. For them, it’s the individual who matters most, and they emphasize the injustices suffered by those embroiled  in the storms of historical events.

In fifteen years, the ranks of VII have increased and diversified. The agency now represents, alongside the ever-present creators, a rich mixture of affiliated photographers. They also added a mentoring program to help young photojournalists to blossom.