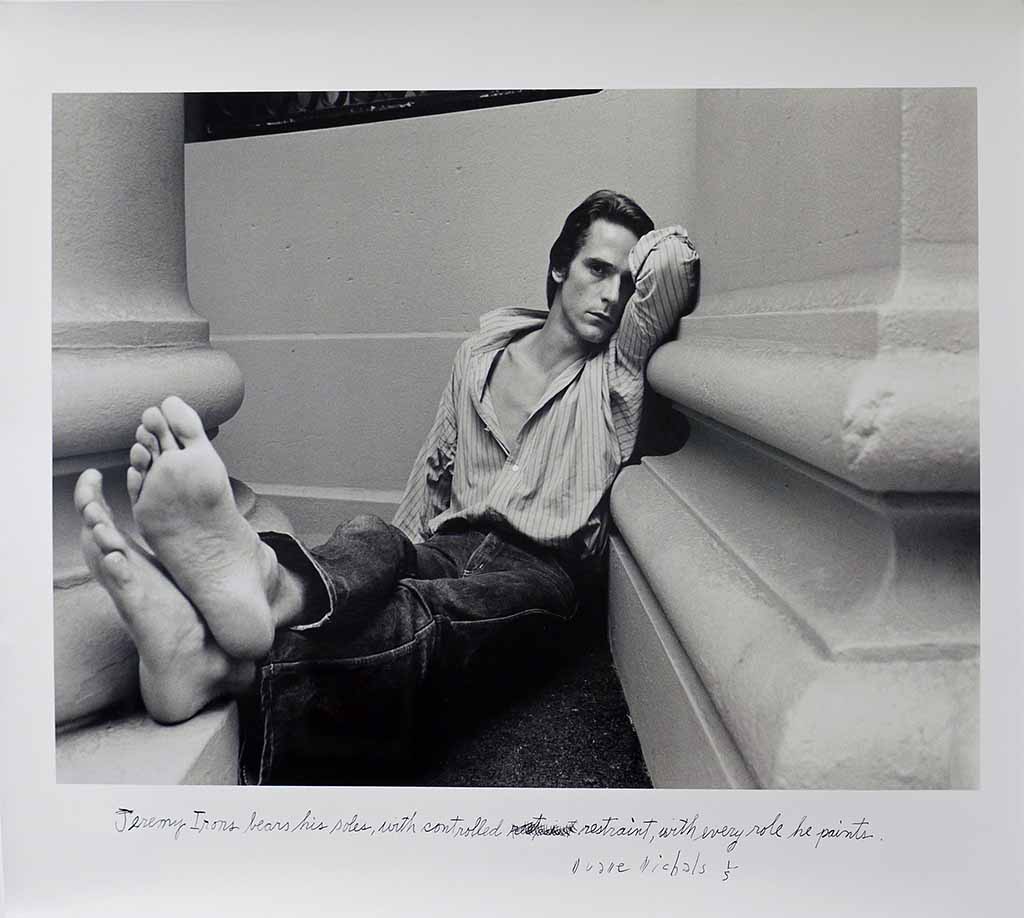 Duane Michals’s poetic body of work, celebrated for its existential series, is filled with portraits shot both on commission and as part of his personal exploration of the genre. However, they represent only a small part of his oeuvre, appearing here and there in books and magazines. The current exhibition at the DC Moore Gallery in New York is taking a look back at this less obvious facet of the American’s work through a large selection of photographs depicting famous people and the photographer’s friends and family. The mostly black-and-white images are developed from negatives unearthed from Michals’ archives. Many of them are being exhibited here for the first time.

Since Michals is a person of great delicacy, always respectful of both men and things, he has always rejected the notion that the artist, “[looks] into people with the pretension of looking into them.” He has developed instead an alternative approach, a “prose portrait” wherein he, “ [suggests] the atmosphere of the sitter’s identity, which is the sum total of who they are … A prose portrait might require three or four photographs to reveal something about what the sitter does in life that defines him or her. A face does not necessarily need to be seen; most people’s significance won’t be found there”

The photographs feature a wide variety of poses, settings, perspectives and formats, with handwritten annotations on the bottom of the print. Subjects include performers like a barely-legal Dustin Hoffman, Johnny Cash—”hotter than a pepper sprout,” write Michals—Robin Williams and Barbara Streisand; artists Jasper Johns, Art Kane, Balthus and René Magritte; and Fred Goree, Michals’ partner for over 40 years, whom we rarely have the opportunity to see as a young man. These celebrities remind us Michals joined the circle of New York intellectuals early on, often taking inspiration from other artists.

Michals, who just turned 83, has a busy season ahead of him, with two new books set to appear, a major retrospective in Pittsburgh, and no signs of slowing down. This remarkable exhibition promises more to come, either from Michals’ basement or from his overflowing imagination. At the opening reception, he posed for “selfies” and played his habitual role of the clown, a clown whose timeless spirit would be difficult to capture in a portrait of his own.