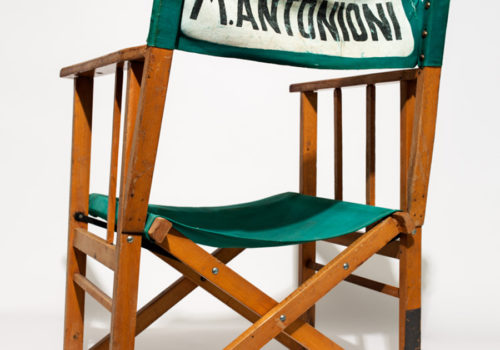 Henry Leutwyler is renowned for his portraits of celebrities, he has photographed the likes of Michelle Obama, Julia Roberts, Tom Wolfe, Iggy Pop, Rihanna, Steven Spielberg and Martin Scorsese to name a few. For years, he has been asked to do a book filled with his portraits. Document, published this month by Steidl is his third book following Neverland Lost: A Portrait of Michael Jackson, (Steidl, 2010) and Ballet: Photographs of the New York City Ballet (Steidl, 2012) and again with Document, Leutwyler avoids the obvious and expected collection of portraits by putting a clever twist to the genre.

In Henry’s words, “The people I was really interested in died before I could photograph them. So I thought, let me make a list of my heroes and some villains and research what they owned.”

Document is the result of 12 years of dreaming, searching and hunting down artifacts such as the sandals of the Mahatma’s Ghandi, the glasses of John Lennon (and the gun that killed him), the paint brush of Andy Warhol, Muhammad Ali’s boxing shoe, James Dean’s wallet, Antonioni’s director chair, Audrey Hepburn’s typewriter and the list goes on for 124 photographs. During a conversation in his New York studio, Leutwyler talked with passion of his influences: “ The ‘criminal dark shadow aspect’ of Weegee’s work, Robert Capa when he said ‘If Your Pictures Aren’t Good Enough, You’re Not Close Enough’,
Walker Evans when he photographed “Beauties of the Common Tool” for Fortune magazine and the obvious, the beauty and intelligence of Mr. Penn’s photography.”

Leutwyler’s book is about anthropology, modern archeology and definitely  about photography. These everyday objects are photographed at close range without artifice and still, a  shadow or the absence of one, a  white background  or not, and we can “see” Elvis Presley behind his black rimmed glasses, Jack Ruby holding the gun that killed Lee Harvey Oswald or Richard Avedon wearing his hat while shooting ‘In the American West’. These are still life photographs with life, evidences of lives of creation, art, sport, science and sometimes crime (there is also rejection , take a look at the epilogue of the book). Again in Henry’s words: “This book is a book of portraits, portraits of talking things … they don’t need a publicist, they don’t need hair and makeup and they barely need Photoshop….”

Leutwyler takes us on a journey through popular culture and even though the subjects are missing from the photographs, this is indeed his book of portraits, raw, honest, loving , of sometimes tragic portraits.
The Document exhibition at Foley Gallery in New York follows the publication of the book. For the duration of the Document exhibition, 100% of proceeds from the image of ‘The Charter Arms .38 caliber revolver used to shoot and kill John Lennon.’ will be donated directly to the support fund of the non-profit organisation Everytown For Gun Safety. Everytown.org seeks to improve our understanding of what causes gun violence, and how we can reduce it.

As we publish this article, we just learned that Leutwyler will have his premiere solo museum exhibition at the Musée des Beaux-Arts, Le Locle, Switzerland from June 17 to October 15, 2017. Friendly advice to collectors, now is the time to make a move on this photographer’s work.