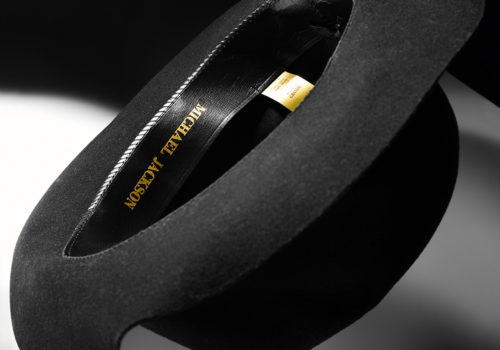 “Neverland Lost – A Portrait of Michael Jackson” began when on assignment from Conde Nast, Henry Leutwyler was given the opportunity to photograph the objects from Jackson’s estate that were scheduled to be auctioned in April 2009. The auction was subsequently cancelled, leaving Leutwyler’s work the primary documentation of this collection of objects that evoke both the mundane and mythical moments of the iconic entertainer’s life. The project evolved into a book published by Steidl in June 2010, with a gallery exhibition at Los Angeles’ M+B gallery last summer.

“Leutwyler reveals a softer, more human side of Jackson that has not appeared as overtly in any other photographic body of work featuring the late entertainer. The images in the book, quiet in their composition and poignant by their simplicity, reveal the tragic theme of maintenance in Jackson’s life.” – Interview
“The Pharaohs were supposed to have built tombs to reveal their lives to future generations. Michael Jackson sacrificed his childhood to singing and stardom. Neverland, later in his life, was the pyramid he constructed to that lost childhood. These are the artifacts of that lost childhood.

Henry Leutwyler is an internationally acclaimed and award winning photographer. A Swiss native, he came to the forefront of commercial photography in Paris in the late 1980s and early ‘90s. He then moved to New York in 1996, where he lives with his wife and two children. His work has appeared in the New York Times Magazine, Vogue, Vanity Fair, Esquire and Fortune. Other books by Leutwyler include Elvis by the Presleys, which includes the artist’s thoughtful still-life photos of the mundane objects of Elvis’ life, surrounded with personal photos and reminiscences from his family. These photographs of Jackson and Presley fit in to a larger theme for Leutwyler as an archeologist of pop culture. He moves easily between editorial work with iconic products and celebrities to photographic expeditions that unearth the meaning in ordinary objects, such as Gandhi’s shoes or John Lennon’s glasses.