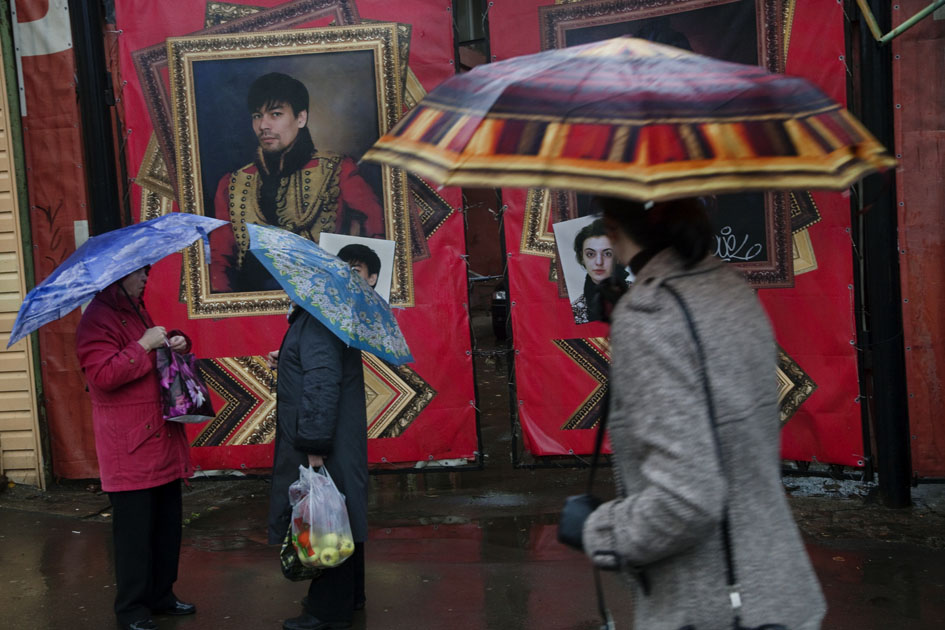 The book, “Moscou” by Harry Gruyaert, has been edited in march 2010 and is part of the collection of city portraits by “les éditions be-pôles” based on the philosophy : One photographer, one city. A unique vision of each city through the eyes of an artist.

This collection was initially launched by the graphic design studio be-pôles.
“be-pôles witnessed the surprising growth in popularity of this collection which was originally intended to be a small internal project purely for the studio’s own pleasure and that of its clients. Being ourselves amateur photographers and art buyers, we have always had a special relationship with photography books. We decided to produce an obvious combination for us. Artists we admired, a “carte blanche” for a city, and a book in the simplest form of a travel notebook.” Antoine Ricardou, founder of be-pôles.

Harry Gruyert is a belgian photographer, distinguished member of the photography agency Magnum since 1981.

It is a first trip to Morocco in 1969 that revealed Harry Gruyaert’s fascination for light and made him win the Kodak award in 1976.

Back in 1989, he was in Moscow and brought back a first series of photography.
Twenty years later, “les éditions be-pôles” gave him a carte blanche to deliver his vision of the city which he returned to, to embrace these colors and offer a look on twenty years gone by.

“During my first stay in the USSR in 1969, I expected to discover communism, and I found Dostoyevsky and Gogol.

In 1989, shortly before the fall of Berlin Wall, I saw a society that was frozen and ossified, which no longer knew which god to turn to.
Suddenly a palette of unknown, washed out, muted colors were offered to me, the image of this universe which existed between two worlds.

In 2009, the choice of an aggressive capitalism and frenzied consumerism imposed itself : flashy advertising invaded the public space. But the “Russian soul” still dominates; there is not much greater feeling of freedom than it used to.”