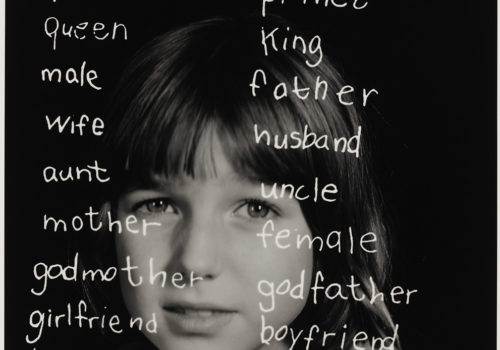 Bea Nettles: Harvest of Memory  returns to the George Eastman Museum this summer. This exhibition of photographic and book works originally opened on January 31, 2020, but just six weeks later, the museum closed due to COVID-19. While a virtual version was offered online, the Eastman Museum has brought back the exhibition of one-of-a-kind photographs for visitors to explore in person. It reopened on Friday, July 9, and will be on view through Sunday, October 10, in the museum’s main galleries.

Bea Nettles explores the narrative potential of photography through constructed images often made with alternative photographic processes. Combining craft and photography, Nettles’s work makes use of wide-ranging tools and materials, including fabric and stitching, instamatic cameras, the book format, manually applied color, and hand‐coated photographic emulsions. Her imagery evokes metaphors that reference key stages in a woman’s life, often with autobiographical undertones, and her key motifs draw upon mythology, family, motherhood, place, landscape, dreams, aging, and the passage of time.

Bea Nettles: Harvest of Memory features more than 150 photographs and objects that represent the diversity of Nettles’s 50-year career. The museum has added some works to the exhibition that were not in the 2020 presentation, including Nettles’s most recent artist’s books. Published between 2018 and 2020, these three books explore the myth of Persephone, three tales of motherhood, and the artist’s chronicle of the first nine months of the COVID-19 pandemic. Other works added to this iteration include photographs made while Nettles was a university student that show her early use of textiles and printing techniques in combination with photographs.

Nettles has taught photography since 1970. Her classic alternative processes textbook, Breaking the Rules: A Photo Media Cookbook (1977; repr. 1987 and 1999), has influenced two generations of readers. She has delivered lectures and workshops internationally and is recognized for her innovations in mixed media photography. The George Eastman Museum holds a large collection of her work, and her images can be found in the collections of other major institutions, including the Museum of Modern Art, New York; the San Francisco Museum of Modern Art; the Philadelphia Museum of Art; the National Gallery of Canada, Ottawa; the Phillips Collection, Washington, DC; and the Center for Creative Photography, Tucson, AZ. Her artist’s books are included in special collections libraries at numerous museums and universities. She has received two National Endowment for the Arts Photography Fellowships and grants from the New York and Illinois state arts councils.

To accompany the exhibition, the George Eastman Museum and University of Texas Press have published a 200+-page book that provides a survey of Bea Nettles’s groundbreaking mixed-media photography. The catalogue presents the most up-to-date scholarship on Nettles, with essays by the exhibition co-curators Jamie M. Allen, the Stephen B. and Janice G. Ashley Associate Curator, Department of Photography, George Eastman Museum; Olivia Lahs-Gonzales, former director, the Sheldon Art Galleries; and Amy L. Powell, curator of modern and contemporary art, Krannert Art Museum at the University of Illinois, Urbana-Champaign; as well as additional texts by Nettles herself. The volume is illustrated with examples from all of Nettles’s major series to date, including her photographic and book works.