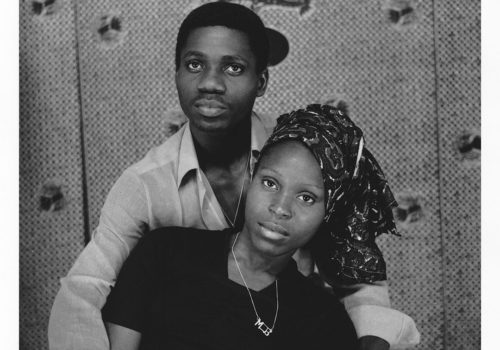 The exhibition to be held at the Galerie Beaurepaire in Paris is a first for Maurice Bidilou, known as “Pellosh”, who opened his studio in Pointe-Noire at the end of 1973 and whose negatives had so far never left the Congo.

From 1973 until the mid-90s, Pellosh saw all levels of society parade through his studio: the Pontenegrin finest society, families, funny chaps, sappers, workers, couples of lovers, all eager to have their portrait taken.

Initiated by Emmanuèle Béthery, who for more than 15 years has been highlighting artists outside the circuit, the exhibition focuses on the 70s and 80s, imbued with the hope and cheerfulness, of this bubbling period of the newly acquired independence.

The fifty or so photos selected with rigor and passion were taken in the bush, in the villages of the Mayombé massif, in the studio and outdoors in Pointe-Noire; They constitute an exceptional testimony to what Congolese society was like after colonization and reveal the unique and sensitive touch of a talented portrait photographer, endowed with a benevolent and generous gaze.

It was at the end of 2019 that Emmanuèle Béthery crossed the road from Pellosh to Pointe Noire for the first time and was immediately won over by his personality and the yellowed and jagged photos that he presented to her as so many fragile and moving witnesses of a joyful and bygone era. She quickly returned to Congo, equipped with a x-ray viewer and unearthed in the company of Pellosh, in the dampness of yet another rainy season, mountains of Kodak boxes eaten away by humidity, containing thousands of 6×6 negatives: then emerged from the past cohorts of faces, young and old, gazes of lovers, incredible visions of sappers … Convinced of having awakened artistic and historical nuggets from the past, Emmanuèle Béthery returned to Paris and then began for this “finder of talents ”, as she likes to define herself, a long work of restoration, archiving and safeguarding of the negatives found in the studio, sometimes nibbled by termites and mice and subjected to the rigors of the tropical climate for more than 40 years.