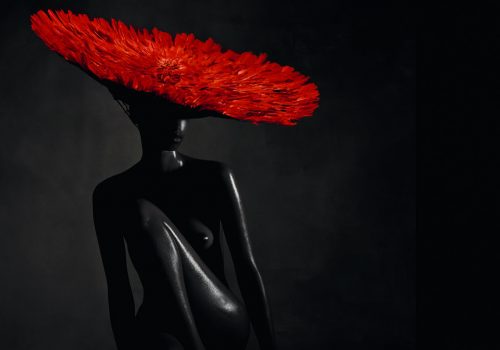 Francis Giacobetti is one of the greatest French living photographers. He photographed the most beautiful women in the world, the biggest stars, and was the friend of the greatest artists, including César and Francis Bacon. He is above all, for many French, the man behind the photograph of the poster of the movie Emmanuelle. On October 17, 2017, Artcurial, in Paris, proposes to a whole generation that has grown up with his stylistic vocabulary a monographic auction sale of his work. For the first time, the photographer selected 33 emblematic images, drawn from his archives of more than 55 years of career.

“Giaco” to his friends…. This name alludes to a legend… It’s by far, to a consonant close the name of Alberto Giacometti, a huge fan of skinny women’s silhouettes… Francis Giacobetti liked them more generous. He is the understated man who filled Lui magazine with amazing sets under various alias… It was at a time when art and party were one… A frivolity world, a hedonist world: the after war, the sixties, the French Liberation and then women’s and simultaneously sexuality’s… Jane Birkin, Brigitte Bardot, Mireille Darc… Giaco had a son with Carole Bouquet… I never understood why feminists acted against Lui. It’s so obvious that during the sixties and the seventies feminism and sexual liberation were one and the same combat. Giaco was part of “Daniel’s” Filippacchi ‘s gang (alongside with Demachy, Dumoulin, Pagniez)… They succeeded in everything…

I wish I were born two decades earlier… I would have had the chance to follow them on the beaches of happiness. But we sort of catched up (a little) later on. It’s important to hand over such testimony between generations. Without memory, art is dying.

Today,  a younger generation of photographers’ is inspired  by Francis Giacobetti’s work. Who has been more copied, distorted, forged or plagiarised? He is the reference in terms of languid beauty, seaside erotism, moist curves, and revealing shadows. He was using very little artificial light or even none. He chose exotic islands (Mauritius, Bahamas, Seychelles) with a few shapely women. God did most part of the job: the bodies and the lighting, and Francis just had to press the trigger at the moment of climax! Giaco imagined scandalous front covers. He shot the Pirelli calendar two years in a row (1970 and 1971), as did very few such as Avedon and Lindbergh and had many primed exhibitions around the world. He made us dream during thirty years and then explored new horizons. He photographed Fidel Castro, Francis Bacon, the Dalai-Lama, Stephen Hawking. He contributed to the fashion imagery revolution with Issey Miyake. He collected the retina of international icons in which he discovered unknown planets in the stars’ pupils.

Some of his pictures are known worldwide but they were lost in warehouses, in archives unreachable to the public, in the process of vandalization, or even of oblivion. After years of legal procedures these pictures have at last been revealed, those which have liberalized so many people.

Thank you Francis Giacobetti for having played a tribute to God’s achievement. It’s the mission of the great artists those who are the more humble. But let’s stop chatting. The best thing to do with these photographs is to keep quiet.

Frédéric Beigbeder is a writer and literary critic. He is the creator of the Prix de Flore, whose jury he chairs. He is also the current Editorial Director of Lui Magazine.

The complete catalog of the sale: