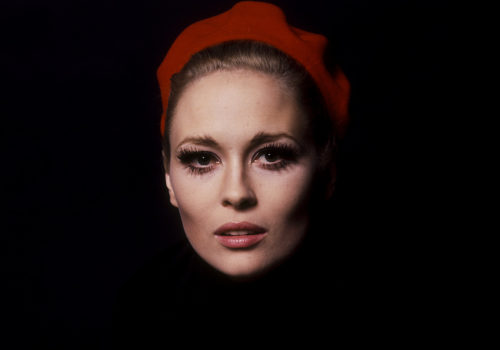 25th & Park is an exhibition that provides a look inside the studio where in the 1960s, iconic New York photographer and director Jerry Schatzberg shot some of his most extraordinary portraits.

In 1957, only a few short steps from Fotografiska, Jerry Schatzberg set up his legendary studio at 333 Park Avenue South. These few blocks of Park Avenue South would loom large in the histories of US photography, pop music, fashion, cinema, theater, literature, and 1960s New York. The Schatzberg Studio became a veritable salon for dozens of luminaries who passed through its walls—and who were catapulted, by way of Schatzberg’s lens, into icons of the era. Among them were Bob Dylan, Jimi Hendrix, the Beatles, the Rolling Stones, Aretha Franklin, Sharon Tate, Catherine Deneuve, and Carmen De Lavallade.

Schatzberg’s mid-century work in fashion and portraiture is no mere reportage. It reveals a playful sensibility, a singular elegance, a streak of unpretentious humor culled from Schatzberg’s childhood years in the Bronx. They betray Schatzberg’s unquenchable, almost maniacal search for glamour, for glimmers that elevate the geniuses of his time out of their accomplishments and into a pictorially extraordinary ordinary.

Jerry Schatzberg was born in the Bronx, New York in 1927. After launching his career working under successful fashion photographer William Helburn, at age 28, Schatzberg started his own photography studio. His work has since been published in VOGUE, McCall’s, Esquire, Glamour, and LIFE magazines and he has photographed many of the leading artistic personalities of the 1960’s including The Rolling Stones, Andy Warhol, and Faye Dunaway. Schatzberg later started a career in filmmaking.  In 1970, Schatzberg directed his first feature film Puzzle of a Downfall Child which starred his former girlfriend Faye Dunaway. Schatzberg continued to direct more than a dozen feature films, including The Panic in Needle Park in 1971 with Al Pacino, Scarecrow in 1973 with Gene Hackman and Pacino, and No Small Affair in 1984 with Demi Moore.

Schatzberg’s photographs have been exhibited at the Les Rencontres d’Arles Festival in France, the Victor & Albert Museum in London, Domaine de Chamarande and the Brooklyn Museum in New York.  Books of his photographs include Thin Wild Mercury: Touching Dylan’s Edge (2006), Paris 1962: Yves Saint Laurent and Dior (2008),Women then: Photographs 1954-1969 (2010), and Dylan by Schatzberg (2018).

This exhibition is organized by Grace Noh of Fotografiska New York in collaboration with the Artist, Claire Dunn, Archive Director of Jerry Schatzberg Archive, and Giovanni Gutierrez, Artist’s Assistant. Text by Carlos Valladares.