Fahey/Klein : Greg Gorman : It’s Not About Me 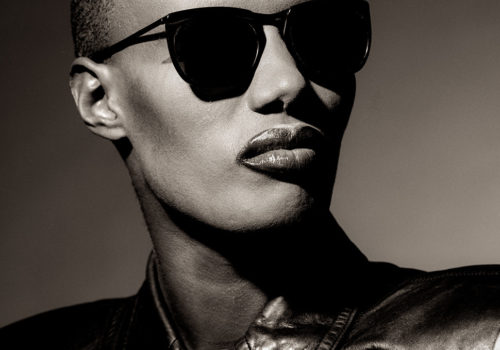 The Fahey/Klein Gallery presents “Greg Gorman: It’s Not About Me”, an exhibition hosted in conjunction with his newly published book of the same title (TeNeues Media). This publication and exhibition are a record of Gorman’s continuous examination of portraiture and the human form. This study has allowed him to draw attention to some of the most influential personalities and styles that defined the end of the 20th Century.

Greg Gorman’s exhibition is an assemblage of “outsiders” and auteurs who have come to define the cultural experience of a global audience. Gorman’s portraits not only reflect the true essence of these personalities, but also provide a record of the individuals that influenced and informed future generations. The works on display are a collection of images both unique and familiar. Gorman’s connection with these personalities is evident, and his ability to recognize early outsiders of a time – who became cultural titans of the future – was profound.

Along with other prominent photographers out of the “School of Los Angeles” (Herb Ritts and Matthew Rolston), Greg Gorman continued in the tradition of George Hurrell, Robert Coburn, and other early Hollywood image makers. Gorman’s direct and confrontational style enhances and reflects the contemporary glamour inherent in the unique characters and cultural icons he photographs. Gorman’s images unquestionably push and pull the boundaries with his visual style and selection of personalities.

Born in 1949 in Kansas City, Missouri, Greg attended the University of Kansas with a major in Photojournalism and completed his studies at the University of Southern California, graduating with a Master of Fine Arts degree in Cinematography. Greg resides with his two French Bulldogs in Los Angeles, California and spends his spare time fishing. Over the years Greg has been acknowledged for his contribution to the world of photography, most recently being recognized by The Professional Photographers of America (Lifetime Achievement Award in Portraiture) as well as The Lucie Awards for Portraiture. His charitable works by such organizations as The Elton John Aids Foundation, The Oscar de La Hoya Foundation and Paws LA to name but a few have also been critically recognized.

The new book, Greg Gorman: It’s Not About Me (teNeues, 416 pages; $95) is available for purchase at the gallery while supplies last.

Greg Gorman : It’s Not About Me