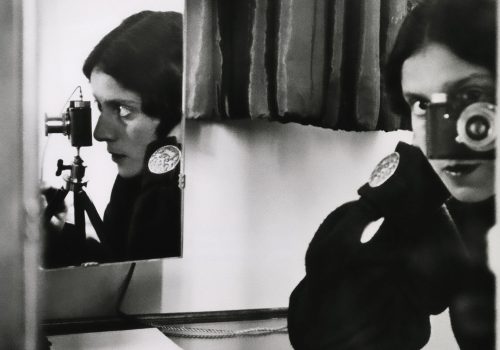 F11 Foto Museum in Hong Kong presents the “Ilse Bing – Paris and Beyond” exhibition, featuring over 100 works of this influential female photographer who helped turn Paris into the centre of modern photography in the 1930s. This collection captures the eternal beauty of Paris when it was an artists’ mecca, and has become regarded as Bing’s classic work. A majority of the vintage prints in this show were taken at the height of Bing’s career in Paris, while the rest reflects the drastic evolution of her spirit after World War II.   This exhibition, the first of its kind in Hong Kong, is an image memoir of Bing’s dramatic journey to self-fulfillment and subsequently her sojourns seeking new artistic ideas and expressions.

Born to a wealthy Jewish family in Frankfurt in 1899, “Queen of the Leica” Ilse Bing was trained in science, art history and architecture. She was one of the very first female photographers to have mastered the newly released handheld Leica 35mm camera in the early 1930s. Yet she also struggled between her life and art.

Bing’s interest in photography began with the need to illustrate her dissertation in architecture. This first encounter with the new medium proved enchanting, leading to the purchase of her first Leica in 1929, four years after this pioneering 35mm handheld camera was introduced to the world. In 1930, Bing gave up her studies and moved to Paris to commence the most notable decade of her photography career. As a freelance photographer, she was entirely self-taught, yet she was soon recognised as a professional and artistic exponent of her trade. Bing’s friendship with renowned photographers Florence Henri and later André Kertész in Paris encouraged her devotion to modernist photography. She was enthusiastic about photographic techniques and was also a pioneer to venture into solarisation, electronic flash and night photography. Within a couple of years, Bing was able to build her career in commercial photography in Paris, applying the experimental skills she had acquired in Frankfurt to photojournalism, architectural and theatrical photography, advertising, fashion and portraiture. In doing so, she established her own distinctive photographic style embracing romanticism, symbolism and surrealism. Bing’s commissioned works included assignments for fashion magazines Vogue, Adam, Marchal, Schiaparelli and the American Harper’s Bazaar.

Bing was able to express her artistic interest in the extra photographs that she took during these assignments. Her large first body of work at the Moulin Rouge cabaret was quickly recognised and formed her first exhibition at La Pléiade Gallery in Paris in 1931. In the same year, she participated in the Salon Internationale d’Art Photographique and was named “Queen of the Leica” by photographer and art critic Emmanuel Sougez. She also roamed around Paris with her Leica creating unique compositional relationship in her works, with the ordinary details of daily living often becoming her subjects. Bing demonstrated how images could take precedence over words, and how the horizons of human experiences could be broadened and shared using a small camera.

In 1936, Bing’s work was included in the first modern photography exhibition held at the Louvre. The next year, she was introduced to the American art world with her first solo exhibition at the June Rhodes Gallery in New York City. She was also included in the landmark exhibition “Photography 1839–1937” at the Museum of Modern Art. The outbreak of the Second World War forced Bing to migrate to New York. Unfortunately, she was unable to retain all her vintage prints owing to customs duty, resulting in the loss of some of her most important work. Bing returned to Paris twice, in 1947 and 1952, to photograph the city that she loved so much. She discovered instead an isolated and impersonal spirit following its devastation from the war. She gave up photography in 1959 and devoted herself to more abstract art forms like poetry, line drawings and collage. Bing died in New York City in 1998, just a few days before her 99th birthday.

The Museum of Modern Art reintroduced Bing in the mid-1970s by purchasing and showing her photographs. In 1976, a solo show at the Witkins Gallery was organised, as well as ”Ilse Bing: Three Decades of Photography” at the New Orleans Museum of Art. Her work can be found in many major public collections including the Metropolitan Museum of Art; the Museum of Modern Art; the National Gallery of Art, Washington, D.C.; the Art Institute of Chicago; and the Victoria and Albert Museum.

“Ilse Bing – Paris and Beyond” is a project associated with Le French May. It will be on display at F11 Foto Museum from 17 June to 31 October 2020.

Admission Fee: HKD100 for adults, HKD50 for students and seniors aged 65 or above. Free admission for disabled people and children aged 11 or below.

Located in Happy Valley, F11 Foto Museum occupies a fully-restored three-storey building dating from the 1930s. While retaining many of the building’s Art Deco architectural features, the restoration has blended in various elements of photography.

F11′s founder and director, Douglas So JP, is passionate about photography and heritage conservation. A corporate lawyer by profession, Douglas was formerly Executive Director of Charities at The Hong Kong Jockey Club and a Vice-President at The University of Hong Kong in charge of institutional advancement. He is currently Chairman of the Antiquities Advisory Board, which advises the Hong Kong SAR Government on matters relating to archaeology and built heritage.

The vision of F11 Foto Museum is to promote photography through well-curated exhibitions of rare cameras, books and photos. It is hoped that housing the Museum in a Grade 3 historical building will also encourage more private conservation and revitalisation efforts for built heritage in Hong Kong.

While the ground and first floors of F11 are dedicated to photo exhibitions, the second floor showcases rare camera equipment. The Museum is also home to over 1,500 photo books, including many rare signed editions and maquettes. The rooftop is a green oasis in the midst of tall buildings.

Ilse Bing – Paris and Beyond