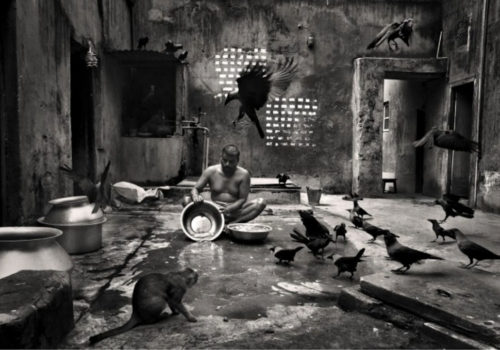 Bangladesh and Belonging. A book by Munem Wasif
Interview with the photographer

Belonging is a book that confirms how active and vibrating is today the contemporary photography scene in Bangladesh . Munem Wasif is the author. He is a young, but already “established” photographer, with a solid cultural background, at the service of other emerging photographers , indeed Wasif was also curator at Chobi Mela VII International Festival and is currently a teacher at Pathsala South Asian Media Institute.

Eliseo Barbàra: The book opens and closes with a map of Dhaka, dated 1859, and you are not from this city, but originally from Comilla. However, you chose a strong title for your book, that allows me to think about the meaning of nostalgia and the act of belonging to the past. What are the relantioships between your work, the past and present (and future) of the city and your own past and present?

Munem Wasif : I grew up in a small city called Comilla, which is just two hours from Dhaka. But later I moved with my family to Dhaka and it was very difficult for me to adjust.  The city was too big,with crazy traffic and, as usual in any large city, the life was too fast. People there really don’t have time to talk each other. Which was very different from the city where I grew up . At that time my mother died and I started to take pictures. Old Dhaka was one of the photography clichés. But for some reason I felt really intimate there. Though the roads are narrow, with lots of traffic. But people have time to have a cup of tea in the streets, read newspaper and talk  to each other. The feeling of neighborhood, the sense of belonging, the beauty of old architecture  was there. It was almost like rediscovering the small town pulse. Then I moved to an old part of town; again I have very different feeling about the place. As I can just walk down and start photographing, the special things are becoming normal, the usual clichés  fading out. For me working in old Dhaka was never a story/project, it was about a place where I always love to go, eat and enjoy walking in the small alleys. Now I am thinking how I can install my work in old Dhaka.

E.B: I would like to ask you more about some scene and people  you have photographed. Let’s start with the images titled “Asif Azim, famous catwalk model”.

M.W: I had known Asif Azim for long time, I was working on a story on fashion. And suddenly I heard from someone he was from Old Dhaka. And I thought that it would be an interesting contrast. I asked him if I could come to his home and take a photograph, he said yes. Then I went to his home, there was bright colors on the wall. He  had just woken up, things were not working. Then we went outside to walk and have cup of tea. And I took this image.

M.W:I I went back to all the houses  to meet all the people I have photographed because I wanted to give them some prints, and also to see how they were. As I  started the story 12 years ago. When I went  to Bashona’s house, she didn’t remember me, she told me looking at the photos it was not her. But I was  sure  of it because it was the same room, and the same window.  It took her almost 10 minutes to realize whe was seeing herself in the photos. It was nice to see her again.

M.W:I met Ranajit Pal Chowdhury through a friend, Zahir. I was a great fan of Akhteruzzaman Elias, the great fiction writer, who used to live in old Dhaka. Ranajit Pal was one of his main character in a short story and  a very good friend. I went there quite a few times. It was an old house,with narrow dark stairs. When you went to his room it did not take long to understand he was not married. There were cigarettes and coffee packs everywhere in the room. Stacks of newspapers, layers of dust  it was a single man room  . On that day he told us what Elias had said about hindu minority in his fictions, its all becoming  true.

M.W:It was just one of many mundane scene in the street of Shakharibazar. Where two generation were confronting each other.

M.W:It’s always good to find excuse to leave Dhaka for a few weeks. To get some fresh air. But there is nothing like Dhaka in the world. It’s one of the craziest city, full of people, you need to be strong to live here. I really enjoy whenever I travel to Europe. But I never like I could  work there. Whenever I come back home I feel there are so many things to do. I  had missed all the human moments, the warmness and the energy in my city.