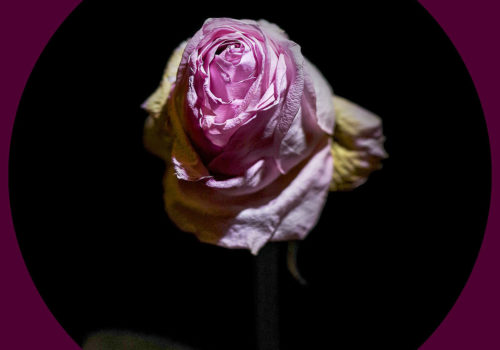 The period is particularly well chosen since the small and large worlds of galleries is on the verge of war in more than one way. The first concerns the resurrection of a good half of the great masses which display, in this month of November, a maximum of photographic images. At a minimum, more than half of the Parisian events that offer galleries a universal showcase will be active and operational when this column is published. The second is the noticeable reactivation of the photography markets after more than a year of dormancy. The third point concerns this long period of physical semi-immobility which allowed well known, or even totally unknown creators , to produce abundantly.

This results in a number of events, linked to the Art market and photographic creation, sufficiently significant whatever the level or specialization. The existence and development of galleries that operate in the photographic sector have changed considerably over the past fifteen years. Apart from a few large galleries of contemporary creations which had a department devoted to photography and a few isolated galleries which stood out tenaciously in the photography milieu, the market was limited to direct transactions of a few curators and a few knowledgeable collectors with the authors of the works or the right holders. The passion, skill and sensitivity took precedence over all other considerations.

And then … and then, a very rapid craze set in for the world of photographic images. This interest paradoxically took hold in this period of exponential multiplication of digitally fixed images and the equally exponential division of the number of images effectively materialized on perennial media. In short, it is when the more there is and the less remains that markets develop around concepts and objectives that are far removed from the primary sources of their birth. It is in this context that a small inventory of the different types of galleries must put the ideas in place and challenge our choices for the distribution of our works.

Pay honor to whom honor is due, the so-called art galleries will be the first for the good reason that they were the first, for a certain number of them, to consider photographic creations as potential works of art in the same way as those from other technologies. Real detectors of work of art don’t care about the production techniques used by an author to materialize his imagination. These great aesthetes, through the ages, have become professionals with great lucidity in their choice for creative works as universal as they are timeless which must offer a certain durability. The efficiency and the networks of these sometimes hundred-year-old “houses” are a real asset for the creator who finds himself free from daily anxieties. The representations and / or acquisitions of these galleries require truly accomplished and well-known works of which the authors are masters, if they are not already deceased.

They are also in the field of professionals and we would like them to stay there for a long time as photo galleries. They have been blooming for about fifteen years with a few fine previous exceptions, at first anecdotally and then exponentially. The directors, often owners, are good specialists in photography, its techniques, its history and especially the market with its fluctuations. They try to balance their exhibitions as accurately as possible between undisputed sure values ​​and the work of emerging creators. They try to get exclusivities to establish their business and their personal reputation which they display in participating as curators in festivals or as members of one of these new juries as numerous as they are varied. As they often have very little geographic and sectoral scope, they join national and / or international networks to exchange and run exhibitions. An essential plus to check for the author to whom a gallery asks for an exclusivity, because in these networks all the members are rarely of the same level of performance and competence.

All the big brands that want to be prestigious have created brand galleries which are, for the most part, the showcases of the foundation backed by the brand. A notoriety, an image of inestimable value and financed by the tax credit. This arrangement is not the privileged field of action of the only economic actors of the world of photography. The latter is on the rise, so everyone is clinging to branches from banks to cars, wines to railways, regions with luxury clothing, etc. Currently, the means are almost unlimited as much to buy works than to take charge of residences, both to organize an exhibition and to publish a book, to organize one of the countless competitions and sponsor a more or less well-known festival. These galleries are set up in prestigious spaces, image oblige, and they are part of a vast administrative system, like a white elephant, in which an artistic guru is enthroned. All the cultural value of the whole and the choice of “in-house” creators is in the hands of this sorter of creations which sits astride a cursor which moves between extraordinary works up to the most media scandalous “peoples”.

A little capital in your pocket, a store that you do not know what to do with, a suggestion from a professional retraining course worker, something that is repeated in confidence: “Photographie is doing well at the moment, it doesn’t give a headache and above all it’s relaxed as an activity, cool! ”, and sometimes some affinities with photography. Welcome to the neighborhood gallery. A kind of virus has entered the photographic world with, like any virus, symptoms as bizarre as they are diverse. The more the number of real photographers shrank and the more click clack there was across the planet, the more the number of talented photographic creators faded and the more images there were on every street corner. The first settlements were in the somewhat abandoned areas of large megalopolises, gradually reaching the suburbs and finally establishing themselves in the medium-sized towns of many countries. Anyone can consider exhibiting the birth of their child immortalized with a smartphone or their diptych dialogue between their self-portraits and the capricious bovine at the last inn during their holidays. As long as you do not talk about Photography with the director of this gallery who also promises to be an exhibition curator, set designer, artistic agent and owner of the gallery, you have every chance (for a small contribution) to have your pictures admired seen by a large audience on opening days when the gallery is open (remember keep cool!).

I could lead you into the worlds of author galleries, or galleries of computer scientists or galleries of real estate developers all more tasteful than the others. But, it is impossible to escape even for a few lines, the business galleries, often bordering on scam. The well-oiled system is rampant on the internet and also in festivals. As we buy phone numbers, we identify on social networks, on personal sites, all the people who show photos. A phone call or an email to brag to the author that his magnificent images must be exhibited in a prestigious place within a great cultural capital. Four or six works will be perfect, you make the prints and above all you immediately transfer a fairly tidy sum to cover the costs of the gallery, the surveillance costs, the administrative costs, the promotion and advertising costs, the opening of the exhibition costs, etc. . The money paid, you have the authorization to send (at your expense) your photographs which will be exhibited two weeks in the premises in the midst of dozens of other images. After that you will pay to recover your works of which you are assured that they have had a great success of esteem and that you can mention the prestigious city on your curriculum vitae.

Choosing an art gallery can be the best and the worst thing. Take your time, do not avoid the questions why, when, how and the main thing with whom?