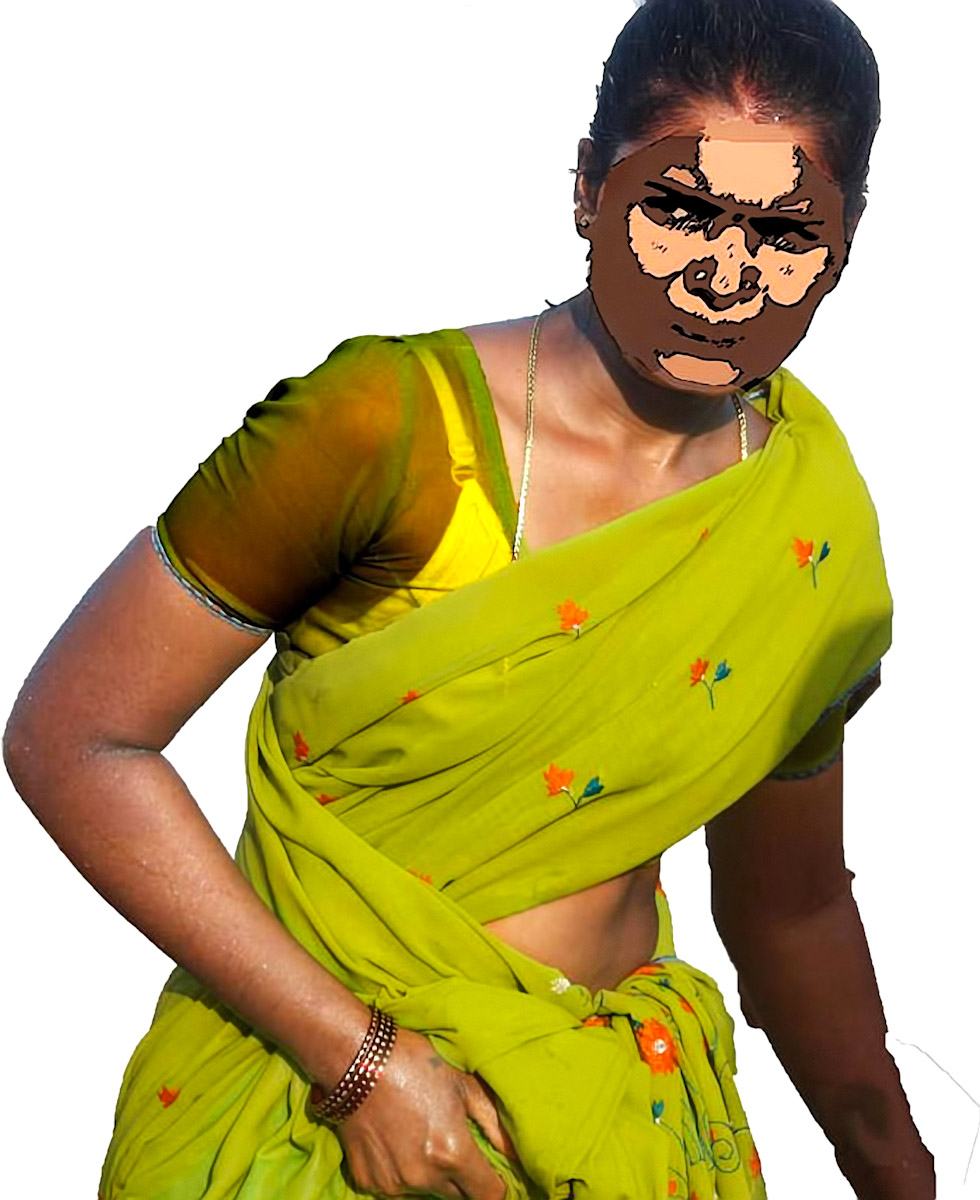 This exhibition is devoted to the human body in India, and the way it is seen, perceived and contemplated by both professional photographers and the man in the street.

Fabien Charuau continues in the vein that he began with The Great Unwashed, on display last Spring at the Galerie Duboys in Paris. Having already questioned the masculine sensuality of the human body in the streets of India, Charuau visited pornography forums to collect hundreds of pictures of women taken with cell phones. Nearly all of their faces are blacked out or pixelated. Why have these images of women been reduced to show only to the body, the object of desire? Because these women are prey that managed to escape from their hunters, who take revenge by removing the women’s faces and keeping their bodies, traces of their unsatisfied desires. Technology offers them a space wherein their desire and frustration can take form and show itself.

Michael Bühler-Rose, based in New York and raised in a Hare Krishna community, offers two series, Constructing the Exotic and Little Indian Still Lifes, which examine the relationship to the body between Western and Indian cultures. Constructing the Exotic is a series of portraits of young women from a Hare Krishna community in Florida. Dressed in multi-colored Bharata Natyam saris (from a traditional Hindu dance), their poses are inspired by the 19th-century court painter, Raja Ravi Varma. However, the decor surrounding them is distinctly Western: a turquoise pool and a well kept garden. The eye bounces from Indian to Western references, from the past to the present, which leads to the creation of a new space. Bühler-Rose’s images create, in the syncretization of two cultures, a new territory for new icons and new bodies.

This back-and-forth is also present in Little Indian Still Lifes, which borrow from 17th-century Dutch painting. These contemporary still lifes depict sensual publicity photos of Indian cinema stars in poses imitating American celebrities, with exotic fruits like lychees and dates, chosen for their suggestive form. The eroticism comes to the surface in these falsely spontaneous compositions.

Lastly, Pradeep Dalal, with Malabar Hill, revisits his youth in Bombay. Portraits of friends, party pictures and familiar places frequented by the photographer are printed on vinyl records from the 1980s. This nostalgic look at the men of his youth continues in his series, Lothal Portrait, where he shows the sensuality of young Indians photographed in famous archaeological sites.

Exchanging Glances is an exhibition rich in perspective that explores the construction of identity in India, its tensions, its history and its taboos.