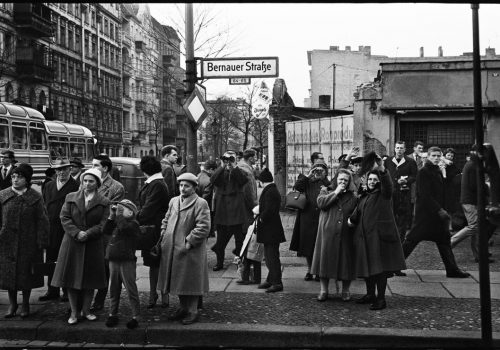 The International Center of Photography Infinity Awards honor outstanding achievements in photography and visual arts. Since 1985, the ICP Infinity Awards have recognized major contributions and emerging talent in the fields of photojournalism, art, fashion photography, and publishing. This year’s ceremony follows the opening of ICP’s brand new integrated space at Essex Crossing on the Lower East Side. Despite temporarily closing their new home, ICP remains focused on continuing to provide compelling content and programming, as well as ways for our community to stay connected. For the first time, the ICP Infinity Awards were virtual and conducted online, introduced by Mark Lubell, Executive Director of the ICP, Caryl S. Englander, Chair of the ICP Board of Trustees, Jeffrey A. Rosen, President of the ICP Board of Trustees and featuring Sade Baderinwa as emcee, the event is ICP’s largest fundraiser and benefits its full range of education and exhibition programs, honoring Don McCullin, the 1619 Project of the New York Times Magazine, Hannah Reyes Morales, and Nadine Ijewere.

Sir Don McCullin was born in London and spent his childhood in the economically depressed area of Finsbury Park. He left school at the age of fourteen following the death of his father and worked at odd jobs to support himself joining the Royal Air Force as an aerial photography assistant. His first reportage on “The Guvnors,” a youth gang from his childhood neighborhood, was published in The Observer in February 1959. In 1961, he travelled to Berlin to witness the construction of the wall that came to symbolize the Cold War. He photographed his first open conflict essay about the civil war in Cyprus in 1964. In 1966 he began an eighteen-year affiliation with the London Sunday Times Magazine, covering major conflicts and battlefields — the Congo, Biafra, Israel, Vietnam, Cambodia, Northern Ireland, Bangladesh, Lebanon, El Salvador, Iraq, and Syria — and became recognized both as a master of black-and-white photography and as a legendary war photographer. He is the author of more than twenty books, including his acclaimed autobiography, Unreasonable Behaviour. Previous recognition includes two Premier Awards from World Press Photo, the 2006 ICP Infinity Awards Cornell Capa Award, and the 2016 Master of Photography at Photo London. He was made Commander of the British Empire in 1993, and was knighted in 2017. His work has been exhibited worldwide, including a full retrospective of his career presented by London’s Tate Britain in 2019.

Support the ICP Infinity Awards at icp.org/donate and the ICP Board of Trustees will match your gift dollar-for-dollar, for up to $200,000. Donate today and double your impact.