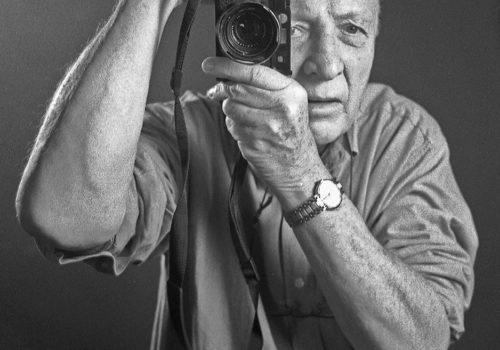 Jürgen Schadeberg and his Portraits

This year 2020 which is ending was marked by a large lot number of deaths and the world of photography was not spared. I want to focus on a very great photographer who left us at the end of August 2020 as discreetly as he had led all his life. If his photographs are known throughout the world, the man is relatively unknown in the French-speaking area. Only a few pictures had been exhibited by the “Maison Européenne de la Photographie” in the group exhibition concerning Apartheid in 2002.

A very brief biography to situate properly this extraordinary photographer. He is born in Nazi Germany in 1931. His life as a photographer too difficult after the war in the city of Hamburg, the young Jürgen joined his mother, remarried to an Englishman after the war, in South Africa. Arrived there, he is deeply shocked, boy who had grown up under the Nazi regime, by the establishment of an official and legal aparthied. He will never stop witnessing and supporting the populations of the townships. All of his work is considerable, from the local creation of the magazine Drum to distribution for the press all over the planet. He is also considered the father and mentor (Bob Gosani, Ernest Cole, Peter Magubane) of photography. South African.

In my opinion Jürgen Shadeberg is one of the great masters of photography, it should be noted that he made his prints himself to control all his choices from the trigger of his Leica until the distribution of proofs.

The presentations being made, in this first section, I will try to put few words on the portraits he made. Nothing too pretentious, above, the photographs that pass before your eyes can do without any comment.

These are some essential features that I want to highlight. Look closely, in all these portraits whether the model is famous or common, known or unknown, beautiful or any, in all case the physical aspect is no important. Look better, even when they seem posed all these portraits are stolen and but really it is the soul or the spirit of these people which are stolen to tell you so much and so much, even to dialogue with you. Moreover, at no time is a style, a signet, a photographer’s signature will be imposed; the Jürgen’s “trademark” is the image, the freedom of the image, the history of the image and the story told by the image. Whether it is Myriam Makeba or the future president Nelson Mandela or any other, this photographs outside all academic criteria (in fact they are present this rules) let all these people tell and share with you.

Jürgen Shadeberg was discreet, his models too and yet what a joy to spend a few moments with them.

exhibition until the end of February 2021