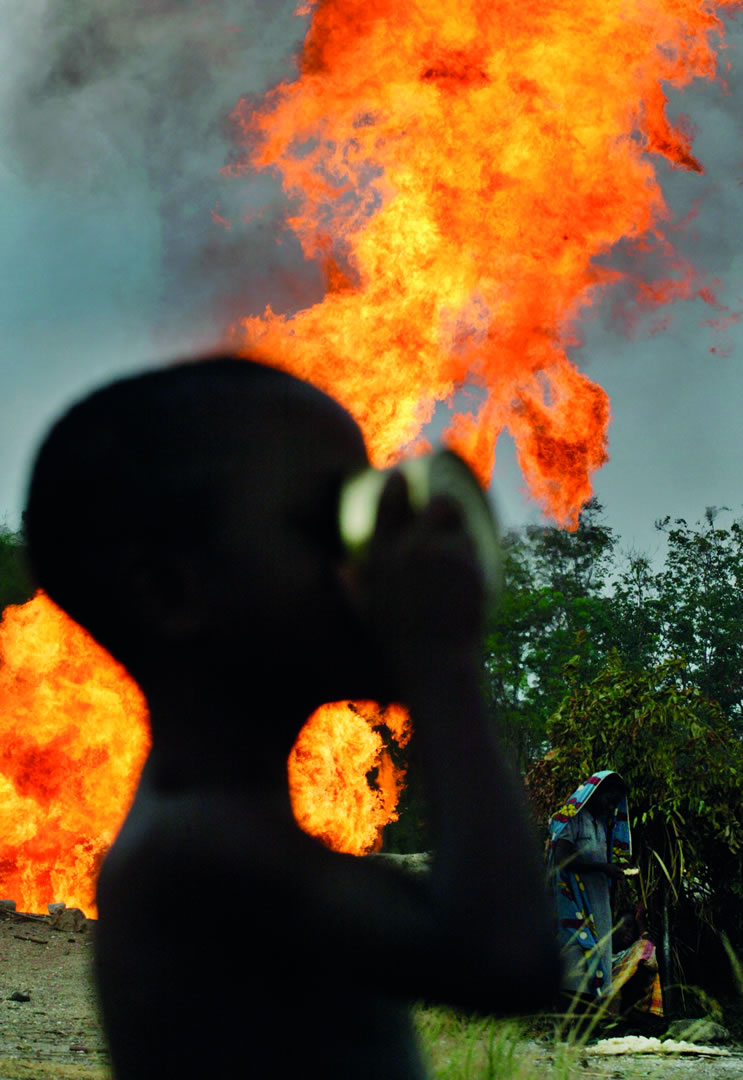 People are of great value to me, especially what I call “the real people”. They are a source of joy and inspiration. In recent times, the impact of oil on the lives of most oil-producing regions has been highly paradoxical, especially now that Nigeria is the 6th largest oil supplier to the world’s most oil addicted consumers. I became involved in this project during my visits working as a photographer for a local newspaper and later for the Associated Press. I noticed there was so much injustice being perpetuated in the Delta region. So much had been heard about the situation n the Delta but very little had been seen in images, due to the hostile topography of the region. This body of work was carried out in the contemporary tradition of documentary photography between 2003 and 2007 and exposes the conditions of daily life and the socio-economic structure which creates them. Nigeria, with a population of about 140 million, has over the last forty decades generated immense wealth from oil exploitation alongside oil multi-nationals. Oil accounts for about 95% of the country’s export so that the entire nation depends on a single industry with a finite future. However, the distribution of the proceeds of such dramatic economic growth has been uneven. More than 70% of the population lives on less than $1 a day. These images examine the economic realities of everyday life, the incredible visual drama of how oil actually becomes a commodity; some of the Delta’s alluring landscape and vegetation, weighing up the good, the bad and the ugly: the effect of economic stagnation, environmental degradation and political jingoism and an aesthetic perspective.

I want to show the duality of life in the Delta region, children playing football in a field with gas flaring in the background, women in their traditional attire waving white handkerchiefs as they dance,
the greenness and the abundance of the mangroves, the water glistening as the sun sets, women fishing in polluted waters, the militants who resist the government and the oil companies parading the Delta creeks in commando style. It is amazing how people carry on with their lives and daily routines with a smile against all odds. I want to put a human face on this paradise lost, as I do not wish to offend, but to draw the viewer near my images in order to provoke a feeling and be inspired or trigger a deep sense of change within the observer.