Art and arts. Painting, engraving and photography in the Nineteenth century 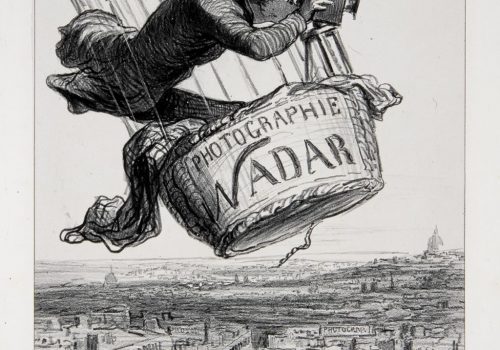 Since the early 1939, when the Académie des Sciences divulged the new technique of Niépce and Daguerre, photography has been struggling against bias. It was a difficult  and tough path, dotted of links with other forms of visual expressions and of “reproduction”, a path that is shown in the exhibition Art and arts. Painting, engraving and photography in the Nineteenth century at the Pinacoteca cantonale Giovanni Züst, in Rancate, Switzerland.

Since the beginning it has been said it was mere mechanical reproduction, not art; many artists underlined how useless photography was.  All the more reason the controversy went on, when the experiments to obtain color photography showed the first results, for instance with the process by Louis Ducos de Hauron based on the three-color principle, using both additive and subtractive methods. Anyway, photography managed to survive criticism and became a whole new way to approach reality.

Painting, engraving and photography in the Nineteenth century, offers a quite interesting comparison between photographs, paintings, engravings, drawings, and books, allowing us to understand that in the mid-nineteenth century took place a real revolution in the way of seeing reality and of spreading knowledge and information. Nevertheless, even in a changed context, the debate on “technical replicability” (digital vs analog, single image and copyright vs countless identical copies) is still on.

In the 1930s Walter Benjamin wrote in his The Work of Art in the Age of Mechanical Reproduction: “(…) a work of art has always been reproducible. Man-made artifacts could always be imitated by men. Replicas were made (for instance) by pupils in practice of their craft, (…) Mechanical reproduction of a work of art, however, represents something new”.

The crossroads of contaminations of different techniques in the mid-1800, kind of a revolution contemporary with the second industrial revolution, took place in France, where photography was born. It was the age of outdoor painting, which led to Impressionism. In the 1830s the forest of Fontainebleau was luring young artists, who in contact with nature, were observing the woods and the light effects in the underwood. Corot was among them and some of his artworks are on show.

Those were the time and place where new languages were formed both for painting and photography. It was time for glass prints, an hybrid process combining etching with photography. On show are works by Daubigny, Desavary, Dutilleux, Théodore Rousseau, Fontanesi, Millet as well as the ones by Luigi Rossi and Filippo Franzoni. Luigi Monteverde actually started his career as a photographer. Works by Filippo Carcano, accused by critics of an “improper” use of photography because of his innovative framings, are included in the exhibition, as well as those by Domenico Induno, Pellizza da Volpedo, Angelo Morbelli, who used photography as a tool to investigate reality. There are photographic plates and artworks by Mosè Bianchi, Pompeo Mariani and Francesco Paolo Michetti, too. Sculptors Vincenzo and Lorenzo Vela, and the painter Vincenzo Vela used photography for their works as well.

In those same years, photography had as its aim the promotion and diffusion of knowledge (particularly geography and art history), gradually replacing litographs,  prints and engravings.