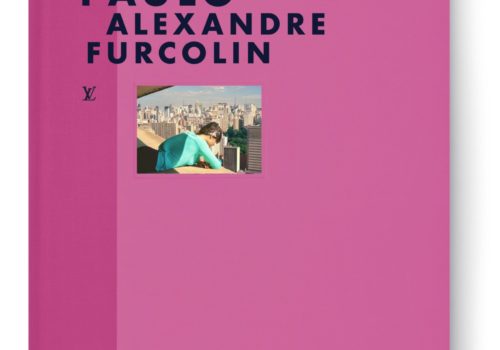 Synonymous with the art of travel since 1854, Louis Vuitton continues to add titles to its “Fashion Eye” collection. Each book evokes a city, a region or a country, seen through the eyes of a photographer. Alexandre Furcolin’s São Paulo tells a story that spans years, of a colorful night, of intimate days, of a city magnified by its vitality and its secret but explosive colors.

You can’t travel better than thru a book. I don’t know of a more pleasant, regular, almost immediate and also inexpensive means of transportation. There are always a few beautiful books with inflated prices, out of reach as if they were snide with their taffeta covers, but even so, for those, there are still the second hand books sellers, the golden deals or a benevolent friend. The book is the best mount. Walking doesn’t get you far. The bicycle sometimes becomes a whipping boy. And you need money, fuel or watts to ride, drive a wagon and fly.

In the past, oh not so long ago, I used to see images projected on a white wall with an overhead projector. Returning  from holidays, everything in a box with an irregular rhythm, a dry clatter and then another.  Images were rare, but invited clumsily to take the wheel of memories. From now on images abound,  but one does not travel more. Without dreams, travel does not occur. It dies in a flux, in a temporality of the constant. I see everywhere New York moments, torrents in Yaoundé, uniform meals on Sunday mornings and my imagination dies a little more.

A book opens a parenthesis for oneself and from one page to the next comes the bubbling. It is obvious for the adventure novel, for the thrill of a detective story or the great fresco of a Russian novel. For the photographic book, we will answer yes, but this book, this collection, is held by the image alone, or almost. But leaning on a book, the image opens and reveals a precise space-time, apart. The book offers a dialectic of colors and impression.  Images end to end no longer become an instant, but a banner of impressions.  Images become a story. They are not a perfume, not the love of an evening, of a dark winter nor a summer early morning. They are not  music, nothing finally of a human adventure, of the eternal flesh, of the sacrosanct experience, of what makes the human, and yet they have everything of a synesthesia at the same time.

São Paulo by Alexadre Furcolin is one of those successful books that one opens with appetite, without having ever set foot in Brazil. Before opening it, you have your imagination fed by the stories of friends. I was told Rio was more playful, more nocturnal and commoner and São Paulo gentrified, driving the economy and appearances to the line. Gathered on a fifteen year long reel, Furcolin’s São Paulo has nothing to be ashamed of. In the words of the photographer, it is “a multiplying organism in perpetual evolution”. A mathematician’s expression to say how much it transpires and bubbles behind its large concrete bars. It is said to be gray and vertical, fat and full of highway spans. Furcolin shows it in joyful fragments in bursts of color, dissonant flesh, facetious looks. It is an elusive city and for those who have not seen it, the imagination comes out big and hot, oh yes, very excited.

His photographs are spread over vivid pages, colored on primary flat tints, drowned in fluorescent acrylic,  images overflow on bits of mottled film and other added shots. It could be an overdose, an overflow in the retina and everything curiously cohabits. Page after page explodes in small formats and on large doubles. It is a party, a big night and fixed days, where the body abounds without any other sensuality than its small misery, than all its simplicity.

This process recalls Saul Leiter’s Painted Nudes, and one thing leading to another, the variegated and sensual impressions of the Nabis. Both Leiter and Furcolin paint and photograph in addition, as drunkenness adds a form of lightness to dance. Furcolin rather evokes ‘Robert Rauschenberg, John Cage, Cy Twombly’ and from the latter, he perhaps draws these tasty scribbles where the letter and the sign are mysteriously veiled in bloody fetuses and childish clouds. It is obvious that painting, doodling and photography intermingle and telescope in the same vision of São Paulo. It forms a fresco, a film, a composition, I don’t know what word that would tell this stretched time where the joy however does not weaken.

The photographer gives the recipe: . A happy choice that never runs out, no never.

From this São Paulo, we learn nothing. It is the elegance of the neighborhood photographers who cheat boredom in the repetition of their fascinations. Saul Leiter saw beauty around the corner. It is enough to have friends, artists, the great life that refuses to be dull and rhythmic. Then the book closes. The ephemeral jumped in my face with a furious desire to dance.

And during the week of the Rencontres d’Arles at the bookshop :