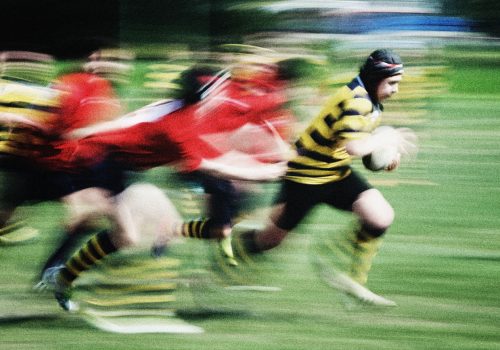 Rugby shivers is an exploration of the flow of movements as a sum of countless fragments that when disjointed show their unique singularity. The shutter becomes the breaking point, the chisel that generates the shape. It extracts. Splinters of bodies, faces, emotions.

In the meeting with the lenses of the camera, the movement becomes dense, intense, material.
The stretching of time captures actions, colours, light as they unfold and blend.

The proposed shots have glimpses of kids playing.
Kids are movement in pure state.
Rules, like rugby’s rules, have just been acquired, they are not able to define completely the movement .
Runs, collisions, physical contacts are still an expression of emotions that are still free, uneducated.
Capturing that emotion, making it a splinter, a time becoming image.