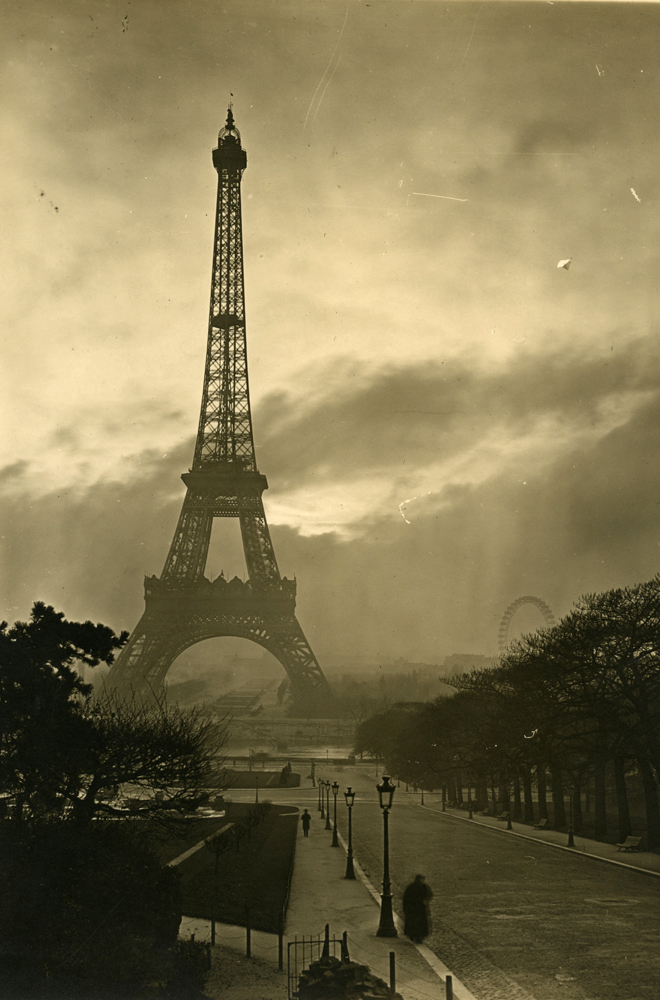 Yvon’s Paris is the first book devoted to Pierre-Yves Petit, otherwise known as Yvon. Behind the internationally recognized postcard signature is a rigorous, aesthetic eye, and the soul of a wanderer. Historian Robert Stevens brings him out of his category.

France has forgotton to honor one of its artists. Doisneau, Ronis, Cartier-Bresson or Brassaï all had their time of glory. Yvon has been waiting. For the public, Pierre-Yves Petit is a commercial photographer whose pictures of 1920’s Paris are often sent in the mail or hung on walls. For American professor and historian Robert Stevens from the School of Visual Arts in New York, Yvon deserves recognition. And it is in the United States that he is being honored. Yvon’s Paris, the first work in English dedicated to the photographer, 40 years after his death, rehabilitates his work. “In the history of photography, no one has ever mentioned him. My idea was to separate him from his post cards and turn him into a photographer in his own right.”

Born in 1886, Yvon loved Paris. During the years between the two World Wars, he loved cycling through the city with his photographic material, capturing the spirit of the moment with his tripod. He was always looking for perfect harmony, transforming human shadows into magnificent compositions. His love of atmospheres led him to play with light. All captured the essence of dawn or dusk, the glistening after a storm or stifled by the fog, typical of his sullen waterfront scenes. According to Stevens’ research, the photographer avoided midday and had a propensity for the dramatic. His daughter, Danièle Martinot, said he was a fan of dramatic music. His photos are both dark and elegant.

Among the 70 pictures presented in Yvon’s Paris are the ultra-famous pictures found in boutiques across Paris. A gargoyle overlooking the city, a bookseller on the Seine river smoking a pipe, boat workers on their barges, ordinary Parisians having a sail on the Bois de Boulogne lake or shopping at the flea market. “Yvon even put himself in the pictures” commented Robert Stevens, “like this man reading a newspaper near Notre-Dame”. Being an actor of his own picture: the man who bought himself his first camera at 12 with money he stole from his father was quite clever.

Yvon paid particular attention to composition. He first began working at the French magazine L’Illustration. His editor, René Bachet, once said to him “You should make post cards, you aren’t going to spend your life working as a news photographer”. By leaving the field early in his career, he gave up life in the limelight. “Capa or Doisneau wanted to be close to their subjects”, explained Stevens, “but Yvon particularly loved the subjects of his pictures. In his own way, he was also a humanist.” His perspective brought another aspect to the pictures of the era, that of atmosphere.

A contemporary of Charles Marville, who we only recently learned was referred to as the hunchback, or Méliès, Pierre-Yves Petit is today enjoying posthumous glory. On paper and in the city of Manhattan, where the exhibition “Yvon’s Paris: Vintage Photographs from the twenties” is offering a selection of 40 original black and white prints. Curious visitors will be able to appreciate the particular lighting dear to the photographer. And if an exhibition has not yet been organized in France, Stevens is counting on changing the course of history. When will the Hôtel de Ville organize an event ? Jonas Cuénin

There will be a book signing with the author, Robert Stevens for the book Yvon’s Paris at Shakespeare and Company, 37 rue de la Bucherie, Paris on Friday night, February 18th from 18-20H.