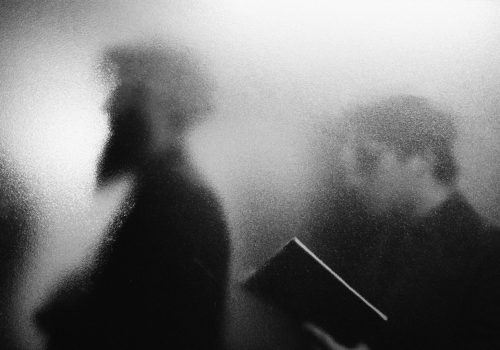 This monograph, Voyages de mémoire, by Patrick Zachmann accompanies his major exhibition at the Museum of Art and History of Judaism in Paris presenting a selection of his work from the years 1970 to 2015.

The book brings together a dozen of his major series, some of which have never been published. The photographic work of Patrick Zachmann, member of Magnum Photos, is complex and dense. It can be read in particular in the light of several recurring themes that run through it. The first, and one of the most important, is the question of Jewish identity. This identity, he will look at, explore it, discover it, starting by taking an introspective look at his own family before going to different countries in Europe. From his reflections will emerge other paths that the photographer easily takes, such as those of exile or disappearance. He photographed neo-Nazi gatherings in South Africa, in Rwanda, survivors of the genocide, or even in Chile, the disappearance of people during the dictatorship.

In this corpus, Zachmann points out the weaknesses of our relationships with others, while revisiting his own work.

Born in 1955 in Choisy-le-Roi, Patrick Zachmann is a French photographer, photojournalist and director. He has been a member of the Magnum agency since 1990. His work is part of a sociological approach, through subjects he deals with over long periods. A photographer anchored in his time, he uses all the forms of expression offered by photography in order to assume what he calls his “duty of memory. He has received many distinctions, including the Niépce Prize in 1989. More recently, as part of his work on China, he received a Creation Aid from the Arts Delegation (DAP) as well as in 2015 , the Special Prize of the Gan Foundation for Cinema for his first fiction film project “Mister Wu”. Latest books published: My near suburbs (Xavier Barral, 2009), So long, China (Xavier Barral, 2016), Notre-Dame, history of a rebirth (with Olivier de Châlus, Bayard Culture, 2021)