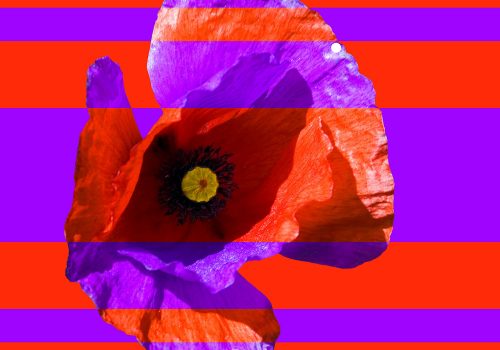 Everyone is talking about it, all the time and for whatever reason! Virtuality. Whether philosophical, common or more recently in computer science, contrary to what many of us think, virtuality is not the antinomy of reality. The opposite of virtuality it is actuality. Virtuality is linked to a temporal notion associated with a supposed projection into the future. It finds its synonyms with the words potentiality and possibility. Thus virtual reality (which it would be more judicious to talk about as realistic virtuality) is not an oxymoron. This preamble is important because we are already in the Universe of Photography, without knowing it. As Monsieur Jourdain, by Molière, speaking prose all his life without knowing it.

Among the infinity of spaces that make up the photographic potential (we are already in the virtual), I will retain two that are essential to the realisation of a photographic work: actuality and virtuality. Even if sometimes there is a little dose in an interaction. This is how two main categories of photographers appeared, on the one hand reporters and on the other creators. There are often lot of confusions made; because, the tools used are common to the two operators, with the exception of a small specificity, here or there, quite often at the purely practical level (example for one the 24×36 and for the other the 8×10).

The reporter is the actuality. The spectrum is very large because it includes press photography, but also documentary photography (street or life scenes), wedding photography, event or naturalist portrait, industrial photography or that for catalogues or others. digital sites, let’s not forget scientific, aerial or space photography, etc. The list could be limitless. What is the common space for all these images obtained? They all represent a special moment at a very precise place in time in order to permanently fix an uncertain finding. Let us remember that Time is only an intellectual invention to observe perpetual motion. The photograph of the reporter makes it possible to capture, restore, archive, and observe a temporal fraction of an ephemeral state. What is done which is the most precise technically in the actual state of our knowledge.

The creator is virtuality. We immerse ourselves in the era of hypothetical becoming, in sensory exasperation followed by intellectual construction. If possible at the end, the action will materialise a work devoid of any temporal notion as much for its production as for its transmission and its durability. The content predominates over the form which abandons its factual rigidity to share another message with the reader of the image. The artwork is involved in transmitting knowledge or emotions. The photographic approach uses the light which must be managed so that it interprets the creation, as well as possible, in order to restore it in the final artwork.

Everything is different in these two approaches. In the first case, the light makes it possible to cut out a tiny slice of time in order to restore in the same way what a human eye has been able to capture during the fraction of this same time. The technique must be only qualitative for the enhancement and in no way quantitatively affect the observation of prisoner items in the original images (in this case Photoshop and its ersatz are legitimately reviled and proscribed by all purists). All miraculous additions (like the crowning of Emperor Napoleon by David) and untimely withdrawals ( the disappearance of Trotsky from the rostrum on May 5, 1920) are totally prohibited. In the second case, light is called upon at all levels of the construction of the image and in all directions. It is limited in its actions only by the technical constraints still unresolved by technology and by the ceiling of the skills of the creator of the work. I must admit that the profusion of geniuses who lack basic minimum qualifications spawns mountains of woeful images despite their self-proclaimed title of Work of Art. Artificial intelligence camera combined with Photoshop’s last generation cannot compensate for the lack of skills that are essential to reach any purpose. It does not matter whether these images are called plastic, conceptual, didactic or other photographs, depending on their style, they cannot arrogate to themselves a fundamental error in order to boast an exceptional effect.

These few reflections which should arouse yours do not try to pit the supporters of actuality against the defenders of virtuality. On the contrary, the role of each one is just as essential. It is really just as noble to be a war photographer, to immobilise the image of a unknown virus or of a kindergarten class, on the side of reporters. It is just as essential to project an idea or an emotion in the future for the evolution of thought and for the education of the brains of tomorrow. It should still be noted that the rigour of the first ones generates less stupidities than the imagination of the seconds. It should also be noted that a few great authors have been able to practice, or practice, with dexterity on both sides of this fictitious border. It is also obvious that the achievements of certain skills invite themselves discreetly toward the other side.

When you are ready to press the shutter of a photographic camera or to prepare a print, whatever the photographic technique used, ask yourself about the object and the purpose of your project. Are you a rigourous witness or a sweet dreamer already seeing tomorrow? In any case, get rid of this preconceived notion that virtuality is a fiction, no, virtuality is a step towards the future.